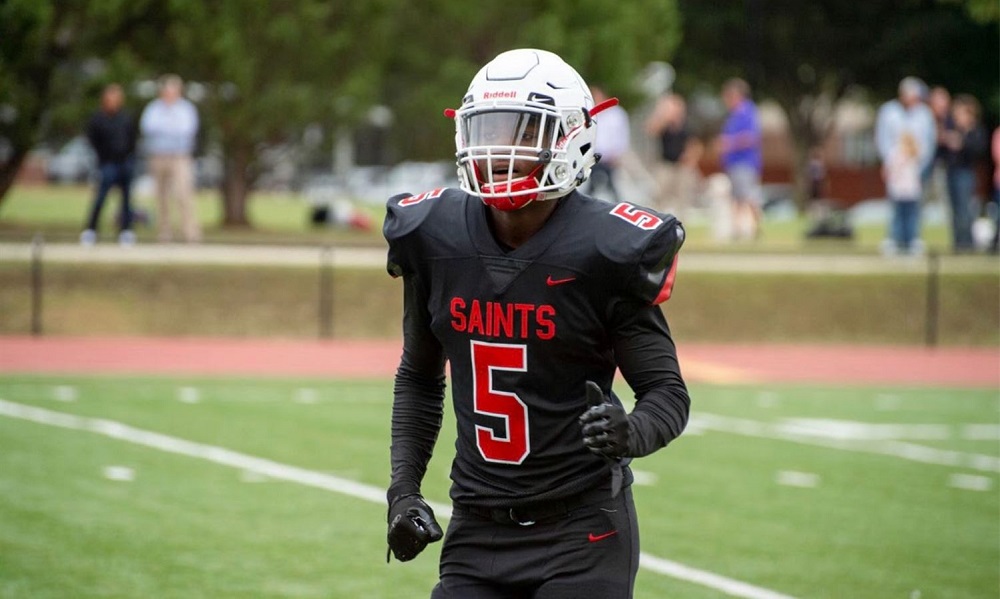 Henry Ruggs III was the first wide receiver off the board in the 2020 NFL Draft when he was selected as the No. 12 overall pick and to one high school prospect, it shows the NFL game is changing.

“I think Henry Ruggs III being the first wide receiver shows how the game is transitioning to more of a speed-based league as far as wide receivers are concerned,” 2021 4-Star wide receiver, Malcolm Johnson said.

Similar to Ruggs’ time as a prospect, Johnson has made a name for himself on the recruiting trail as a speedy wideout. The Maryland product also runs a consistent sub 11 in the 100-meter dash, which is a similar time to what Ruggs ran during his time as a track athlete at Robert E. Lee High School. Alabama’s coaching staff has put their name in the hat for Johnson’s services and the interest is mutual at this point.

Johnson received an offer from Alabama in September and included them in his Top 12 in March. The Tide’s former wide receivers’ success in both college and the NFL is one of the reasons Johnson has an interest in Alabama.

“They are very dynamic,” Johnson told Touchdown Alabama in March. “They are successful in the league as well. I feel that is definitely something to consider for me when you look at how successful they are.”

If the NCAA lifts the ban on visits May 31, Johnson wants to visit Alabama and a couple of other schools, so he can hopefully make a decision before his senior season. The possibility of running track and playing football at the next level is a possibility. This should no problem for Alabama’s coaching staff as they have had several former players run track, including Tony brown and Marlon Humphries.

“I am looking for a program, that can develop me and a program, where players around me have the same mentality as me,” Johnson said. “That is just like an iron sharpen iron type of deal, where the practice is tough and the game is easy.”

Agiye Hall, a 5-star wide receiver, is currently Alabama’s only wide receiver in the 2021 recruiting class. This class could be one, where the Tide pulls in three or more wide receivers.