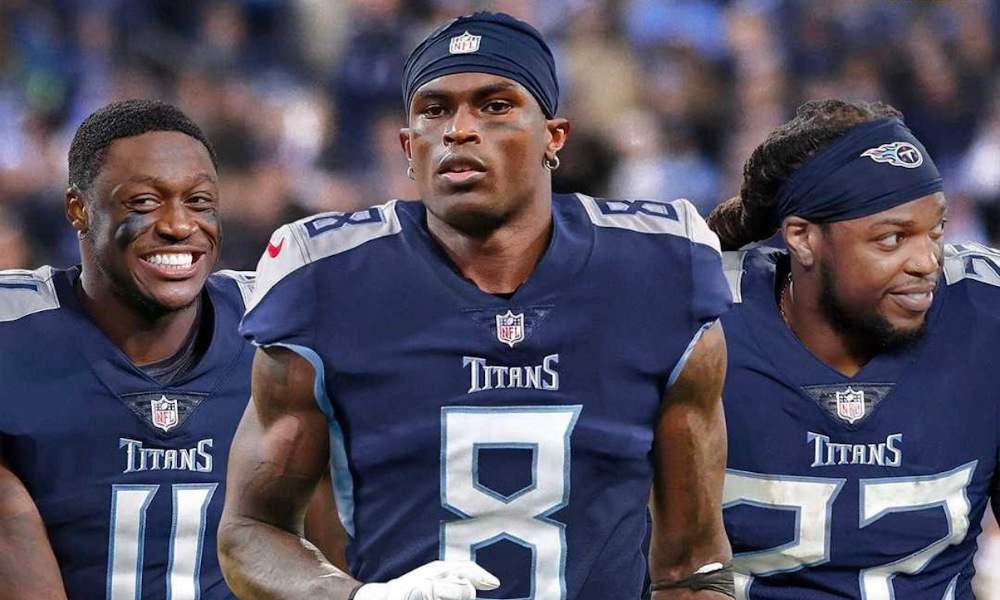 Regardless of the rain and a tough loss for Alabama softball on Sunday, there was one thing that had Crimson Tide fans excited.

The National Football League has a few teams that have at least two Crimson Tide alums; however, it did not take long for individuals to pledge their allegiance to the Tennessee Titans.

According to reports from Adam Schefter and Ian Rapoport, the Titans and Atlanta Falcons agreed to a trade involving Julio Jones. The Titans got Jones and a sixth-round pick from the Falcons for 2023, while Atlanta received a second-round pick (2022) and a fourth-round pick (2023) in return. Jones arrived in Nashville today, and no one is happier than Derrick Henry.

He worked out with the seven-time Pro Bowler this offseason and wanted the Titans to get him.

Tennessee now has the opportunity to make a Super Bowl run, especially with the offensive pieces it has.

Two of the most dominant recruits of the Nick Saban era at Alabama are on the same team.

People were happy with the 30 freshmen the Tide signed in 2008, but Jones put the class over the top.

He started the trend of physical, big-bodied wide receivers in college football. As a five-star recruit, he won SEC Freshman of the Year, second-team All-SEC (2008), and first-team All-SEC (2010). Jones helped Alabama secure an SEC Championship and a BCS national title in 2009. During his final season, he collected 1,133 yards receiving with seven touchdowns on 78 catches.

Jones’ dominance allowed him to be taken No. 6 overall in the 2011 NFL Draft.

Henry was the prize in the Crimson Tide’s 2013 class, despite a host of defensive studs.

He was not only the biggest running back of the Saban era, but he was also the most dominant.

The native Floridian saw playing time in 2013 and 2014; nevertheless, his junior season was the most memorable. Opponents knew he was getting the football, but no one had answers for Henry.

He would not be contained as he hammered his way into Alabama’s single-season record book.

Henry tallied 2,219 yards rushing with 28 scores on 395 carries. He pushed the Tide to victories over Florida, Michigan State, and Clemson in the 2015 postseason. Alabama rode Henry to a College Football Playoff National Championship, and he became the second Heisman Trophy winner in school history. He took home other awards too — including Maxwell, Doak Walker, Walter Camp, and SEC Offensive Player of the Year honors. Henry was a Unanimous All-American and a first-team All-SEC selection.

After becoming the eighth back in league history to total 2,000 rushing yards, Henry was awarded NFL Offensive Player of the Year.

Both players were incredible at Alabama.

They ushered in success and won national championships.

Fans of the Crimson Tide cherished both in Tuscaloosa, but now they are overjoyed to see Henry and Jones on the Titans.