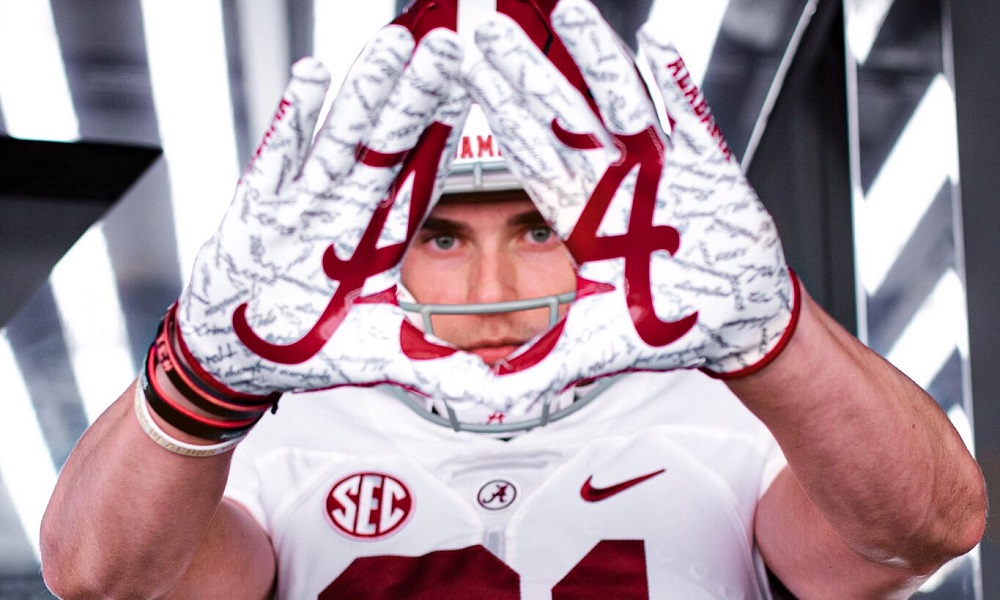 Conor Talty is using his senior season to physically and mentally prepare for life at Alabama.

The Crimson Tide picked up a commitment from Talty in July. Now that his decision is behind him, the Illinois product is fully embracing the expectations of being an Alabama kicker before he gets to Tuscaloosa.

The Alabama commit believes he has become more mentally tough this season.

“Besides from my physical strength on the kicking side, like accuracy and leg strength, I think the biggest increase I had this season was mental,” Talty said. “A lot of things changed this year. Last year, I kicked off a half-inch block. This year I am kicking it off the ground. So, mentally that is preparing me better for the situation at Alabama. Also, just dealing with the expectations of being Bama. Bama players are expected to be perfect I guess. Of course, no one is perfect, but dealing with those expectations and still executing and doing my job I think is going to help me a lot in the future.”

Like many Alabama commits, Talty has not been able to shake the spotlight since becoming an Alabama pledge. Fortunate for him, he has been able to play up to the hype. He nailed a 51-yard field goal earlier this season and turned a fake punt into a score.

The Illinois products know all eyes are on him at all times.

“Even in practice, when I am trying to work on my tactics and stuff or I miss a kick because I am trying out new stuff, Everyone’s like so that’s the Bama kicker. Like jokingly, But that’s an example of high expectations. Everyone expects me to be perfect. Like Alabama is match with being perfect. But even in the games, my family records my kicks from the stands. Then you’ll hear the chatter and the stands. They say alright this one is through, this one is through right down the middle and if I miss one, they’re like wow. The biggest thing is just dealing with the expectations. But I learned that the expectations are super high. Like I have some friends who are going to other colleges around the area, like U of I. They don’t really receive the same amount of attention or the same expectations as I do. That is something I have learned about Alabama’s expectation is that it is the highest of the high”

Alabama’s senior kicker, Will Reichard has had an up-and-down season. He bounced back with his latest performance against Mississippi State. Talty has watched Reichard closely this season, and he believes Reichard is the best kicker in college football.

“He had a great start to the season,” Talty said. “Beginning of the season, the first couple of games, he hit that game-winner. I feel like a lot of fans are quick to forget that game-winner he hit against Texas, especially after the Tennessee game. He started off six for six. He is an elite specialist, and I said then, but I still stand by that statement that he is the best kicker in college football. Every kicker misses. Look at all the kickers in the league. They all miss. Even Reichard had a perfect season. I am really impressed with Reichard.” 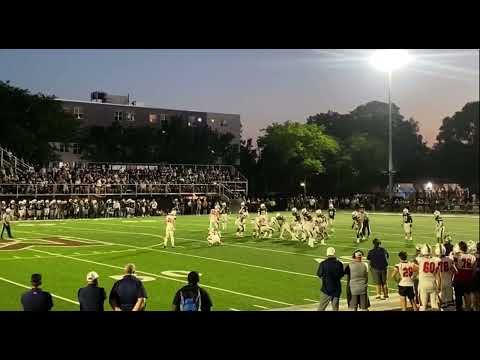 Talty plans to unofficially visit Alabama in November when the Tide takes on Auburn in the Iron Bowl. He will return to Tuscaloosa in December for an official visit.