For those of you who are experienced in the game of chess, you know that there are two important pieces: the king and the queen. Though the king is vital in the aspect of rank, it’s the queen that’s the most important in the realm of moving across the board. When you think about it, chess and football have the same mindset. In football, the king is the head coach. He is the leader of the team and the first person that the media questions. The offensive coordinator is the queen. His job is to make sure that everything on offense is running smoothly.

In its seven seasons of dominance, the Southeastern Conference has had only one team to really steal the show, the Alabama Crimson Tide. Alabama has won three national titles in this decade. Nick Saban and the Tide have accomplished this success in the aspect of being great on defense and having just enough offense to get by. In the three seasons that Alabama captured a national title, the defense was the star of show. In 2009, the Tide gave up just 11.0 points per game. In the 2011 season, Alabama surrendered just 8.5 points per game. In 2012, the Crimson Tide allowed 10.7 points per game.

This season, Alabama’s defense was fourth in the nation in points allowed (13.7 points per game). With all the success it’s had on defense, Alabama just can’t win on defense alone. Though defense wins championship, how can one win on defense when there is nothing to hold onto? This is where having a prolific offense comes in.

To simply put it, Alabama has to produce more points on the scoreboard if they want to help the defense. Now, enter Lane Kiffin into the equation. Many fans had and still have mixed emotions concerning the Kiffin hire on January 10, 2014. On one end, Kiffin can’t run an entire team. We saw the debacle that took place at Tennessee and Southern California with him at the helm. However, in the aspect of being a play caller on offense, Kiffin is a genius.

Though he helped Colorado State get to the Liberty Bowl in 1999 (offensive line coach), Kiffin’s most prized work came when was an offensive coordinator at USC. After starting off as the wide receivers coach in 2001-02, Kiffin really got his foot in the door when he became the offensive coordinator, quarterbacks coach and recruiter in 2004-05.

With Kiffin and Steve Sarkisian running the show, USC’s offensive became a power house in college football. In 2005, the Trojans offense produced 49.1 points per game and 579 yards of offense per game. USC became the first school in NCAA history to have a 3,000 yard passer (Matt Leinart), two 1,000 yard rushers (Reggie Bush and LenDale White) and a 1,000 yard receiver (Dwayne Jarrett).

In his three seasons as a recruiter, Kiffin made sure the Trojans brought in the No. 1 recruiting class each year. At the end of the Pac-10, USC finished first in passing efficiency by averaging a 142.8 passer rating. The Trojans produced two 1,000 yard receivers (Dwayne Jarrett—1,105 yards and Steve Smith—1,083) and a second 3,000 yard passer (John David Booty—3,347 yards).

In his tenure as the offensive coordinator, Kiffin guided USC to two AP National Championships (2003 and 2004). Now that he’s with Alabama, Kiffin will get the opportunity to team up with Saban and form a monster duo in recruiting. With him being out for a season, Kiffin has had time to reflect and strategize his game plan to take over college football.

The Crimson Tide still has an array of talent returning in 2014, including Amari Cooper, DeAndrew White, Christion Jones, Chris Black, OJ Howard, TJ Yeldon, Kenyan Drake, Derrick Henry and more. The main that Kiffin has to be concerned with is finding a quarterback in this six man rotation to fit his system. Once he locates that in spring ball and summer camp, Kiffin will be ready to help the Tide get the dynasty back started from the offensive side of the ball.

This season, we witnessed a changing of the guards in the SEC. In recent history, the SEC was known for its tough defenses. This season, fans witnessed an offensive explosion within the conference. Auburn, Missouri and Texas A&M were able to put up points at will this season. While Auburn and Missouri averaged 40.0 points per game, the Aggies were fifth in the nation in scoring with 44.2 points per game.

Is defense important? Yes, but a team can’t survive by just defense alone. In 2014, Alabama will have to put points on the scoreboard. The Tide will without Ha Ha Clinton-Dix, CJ Mosley, Adrian Hubbard, Jeoffrey Pagan and Vinnie Sunseri next season. The hiring of Lane Kiffin was needed and it came at the perfect time.  With Kiffin back in the SEC, Alabama can now regroup and put a new plan into action. 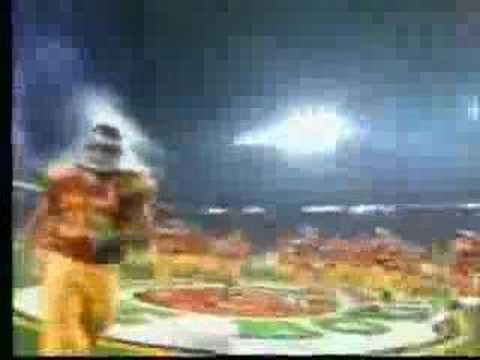