Lane Kiffin will look to help Alabama’s offense become more explosive next season. Despite bringing in the No. 1 recruiting class in the nation and returning talent from last season, the Crimson Tide is still left with one question: where does Blake Sims fit in?

Weighing in at 6’0” 202 pounds, Blake Sims is an incredible athlete.  He understands Alabama’s offense and has done well in mop up duty for AJ McCarron. Though his statistics aren’t eye popping, Sims has passed for 244 yards and two touchdowns. With McCarron being a more efficient passer, Crimson Tide fans didn’t get the opportunity to see Sims a lot last season.

Now that McCarron is pursuing the NFL, Alabama’s attention shifts toward spring practice. Nick Saban and company will weed out the contenders from the pretenders. One exciting aspect for the Crimson Tide will be the quarterback battle. With Jacob Coker coming to Tuscaloosa in May, it sets up a six man battle.

As far as experience goes, Sims will be a senior next season and should get some reps under center. However, he may not be the backup quarterback next season. As an offensive coordinator, Kiffin loves to pass the football. The ideal quarterback for his system needs to be a guy who can scan the field and make every pass. Sims excels on short to intermediate routes, but we haven’t seen in arm strength on post routes, fade routes and timing routes.

Sims started his career at Alabama in 2011 as a running back. Thus far, he has totaled 67 carries for 355 yards and two touchdowns. Sims would fit the bill as a running back because of his size, athleticism and vision. With TJ Yeldon, Derrick Henry, Kenyan Drake and others returning next season, Sims may not get a lot of opportunities carrying the rock for Alabama.

Regardless of little experience, Sims could be a good fit for the Tide as a slot receiver. He does display some quickness and he is a good route runner.  Two issues complicate this situation. The first one happens to be could Sims fight off jams at the line of scrimmage. The second issue is that with so many talented receivers and just one football; Sims could end up on the short end of stick.

After this season, Alabama could use more defensive backs. Saban could take a page out of Gus Malzahn’s book and move Sims over to cornerback. He has the size to matchup with some receivers and the ability to play the ball in the air. Sims can break down and make tackles in space. Since he is experienced at the quarterback position, it wouldn’t be too difficult for him to transition from passing the ball to defending the pass.

The best possible fit for Sims in Alabama’s offense is to get him involved in any way you can. He’s too good of an athlete to not be used. Along with his desire to pass more, Kiffin loves to create different offensive packages to confuse defenses. Here is where Sims could be of great use for Alabama. Kiffin will use Sims in the wildcat formation on short yardage situations. This will give him the chance to move the chains with his legs or his arm.

Outside of the wildcat, Sims will be used in the option game. With his speed and ability to read the defensive line, Sims will to dissect where to go with the football.

If Sims can work on his arm strength and accuracy on post routes this summer, there is a slight chance he can win the job.  Dual threat quarterbacks have burned Alabama in the past. With Sims, he possesses the mobility all he needs is to develop his arm strength.

The possibilities that Sims has in this offensive are endless. He just needs to concentrate on what he brings best to the table and build off it. Kiffin’s goal is to get everyone in Alabama’s offense involved to bring the best outcome. With this being said, all Sims has to do is be in pocket and put forth the effort.

Whether he is under center or not, rest assured Sims will have a role to play for the Crimson Tide next season. Sims will get his chance under center in emergency situations, but the quest to find his niche on the team starts now. For Sims, the question is now becomes how bad do you want to succeed? 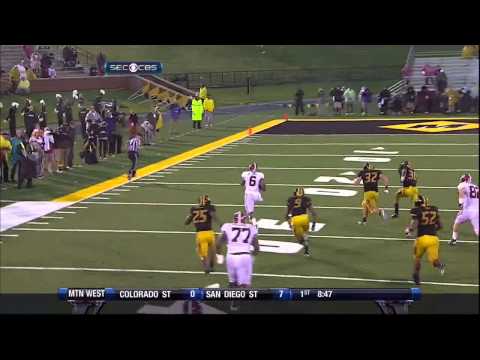