The quest for a 16th national title began Saturday, March 15, 2014 as Alabama opened up its first day of spring practice. With the Alabama Spring Day Game vastly approaching, the main thing that’s on the minds of these Crimson Tide players and the coaching staff providing the fans with something to look forward to next season. As Lane Kiffin works with the quarterbacks and Bo Davis teaching the defensive line, Alabama will look to be dominant on both sides of the ball this season. Touchdown Alabama Magazine’s own reporter, Stephen M. Smith was live on the scene getting the action. 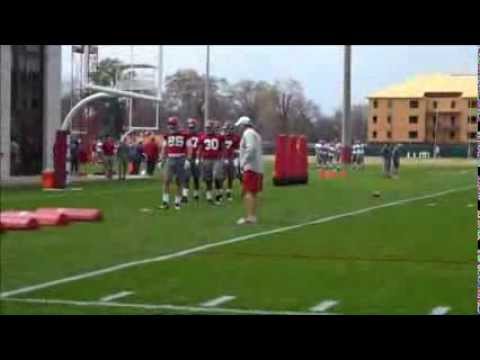