A touchdown, a homerun, a strikeout and a floor exercise. To most people, these four things mean nothing; however, in 2011 it meant everything for the citizens of Tuscaloosa, Ala.

Many songs are played inside Bryant-Denny Stadium during football season, but only one gets the fans attention. For 39 years, Lynyrd Skynyrd’s “Sweet Home Alabama” has been the moniker of title town. With its rock ‘n’ roll vibe and smooth lyrics, Sweet Home Alabama depicted the state as being of one the best.

Despite its message, there was nothing sweet about Alabama on April 27, 2011. Before the storm, Alabama football notched a 10-3 record in 2010. After winning a national title in 2009, lack of leadership and complacency denied the Tide an opportunity in 2010.

April 27th started like any normal day. The sun was shining, children hugged their parents before buses arrived for school and adults flooded the highways for work.

Everything seemed to be in order; until the moment meteorologist James Spann flashed on the television screen. The verdict to many was a minor storm, but what actually happened turned into Tuscaloosa’s worst nightmare.

Between the hours of 3-6 p.m., a deadly tornado made landfall in Alabama.  After ripping through Cullman and Lawrence County, Tuscaloosa became its next destination at 5:10 p.m.

In one night, Tuscaloosa went from being a lively city to a ghost town. The situation worsened the following morning, as numerous statistics were provided.

Of the numbers listed, four of of them had major significance. 64 deaths were reported, 1,500 people were injured, cost of damage was $2.45 billion and six seniors didn’t make it to the graduation stage. For a while, citizens of Tuscaloosa were in shock and disbelief. It felt like all hope and security was drained out of them.

The lone piece of good news from the storm was three Alabama players—Mark Ingram, Julio Jones and Marcell Dareus—were selected in the first round of the 2011 NFL Draft. Regardless of the accomplishment, it became insignificant as the players watched the devastation to a city they called home.

Sometimes, it’s the simple things in life that possess a lot of meaning. With chaos all around, Tuscaloosa embodied the mindset of childhood’s favorite toy, Mr. Slinky. Ever resilient, the citizens began to pick up the pieces and started rebuilding.  Help came from various places, including Washington D.C., Muscle Shoals and Auburn, but it did little to erase the taste of pain from citizens.

Songs and catch phrases are nice, but Tuscaloosa’s symbol on its journey to restoration were T-shirts. T-Town Never Down was its anthem. Its purpose was donating funds to hospitals and building projects, but its battle cry was for Tuscaloosa to return as a thriving city.

The shirts got the ball rolling; however, there was still something missing on the road to recovery, a championship. Hearing the cries of the fans sparked Nick Saban and the Tide into action. In 2011, Alabama left its all on the field for the fans. Behind the trio of A.J. McCarron, Trent Richardson and a dominant defense, Alabama tore through all but one team in the Southeastern Conference.

On one hand, the Tide loss the regular season game to LSU 9-6; however, Alabama delivered in the game that mattered. Feeding off the crowd’s energy, the Crimson Tide dominated the Tigers in the 2012 BCS National Championship Game.

If you don’t think gymnastics is important, try telling it to Sarah Patterson. Since 1978, Patterson stands as the lone coach with Paul Bryant in championships. After watching the football team return with a crystal ball, Patterson and the girls went to work.

Alabama Gymnastics began 2012 with huge victories over Georgia, Auburn, Penn State and Arkansas. After its victory over Florida, the Crimson Tide fell against Oklahoma and went into a slump. Alabama rebounded at the NCAA Regionals in Seattle and made it to Duluth, Georgia for the NCAA Championships.

Football and gymnastics are dominant sports at Alabama, but in 2011 softball crashed the party. Under head coach Patrick Murphy, the Tide finished 53-11 on the season. Alabama won an SEC title and appeared in the NCAA Tournament and the Women’s College World Series.

After heartbreaking loses, Murphy and girls went back to the drawing board. In 2012, Alabama dominated the SEC. The Crimson Tide finished 60-8 (23-5 conference play) on the season.

It’s been a difficult process, but Tuscaloosa has passed the test. As the three-year anniversary draws near, Tuscaloosa is reminded of three things, the tragedy that happened, people coming together and the athletic department responding to the call. Since the tornado, Alabama athletics has won seven national titles (football-2, gymnastics-2, softball-1, women’s golf-1 and men’s golf-1). The monies awarded from the championships have brought businesses back to Tuscaloosa.

In conclusion, athletes and fans share similar goals. They mourn in defeat, but rejoice in victory. It’s good for the fans to reach out to the athletes; however, it’s even better when athletes inspire fans. 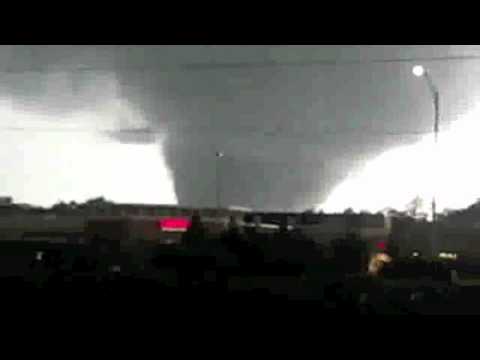