Alabama will open the 2014 season with some new faces, none more important than offensive coordinator Lane Kiffin.  Under Jim McElwain and Doug Nussmeier, the Crimson Tide averaged a little over 30 points per game. With the system Kiffin wants to install, Alabama looks to have an explosive offense next season.

Nick Saban’s decision to bring in Kiffin at the beginning of the year shocked a lot of people. In December 2013, Kiffin spent eight days in Tuscaloosa as an offensive consultant. After Michigan hired Nussmeier on January 9, 2014, Kiffin assumed the role as Alabama’s new offensive coordinator.

Kiffin may not be head coaching material, but he is a great offensive mind. He creates opportunities for a playbook to be more flexible and he makes offense easier to understand. A power shift took place in the Southeastern Conference last season. The SEC is known for its defense; however, a bevy of offensive production occurred in 2013.

Crimson Tide players have warmed up to the idea of having Kiffin in Tuscaloosa. Junior receiver Amari Cooper said that Kiffin has made the offense more “player friendly.” Along with gaining respect from the players, Kiffin has to earn the respect of the fans. Alabama fans haven’t forgotten the turmoil Southern California and Tennessee went through under Kiffin.

In acquiring a new piece to your arsenal, one has to prepare for the good and the bad. Here are six things Alabama fans must be concerned about in having Kiffin as the offensive coordinator.

1. Kiffin is an offensive genius.

Summary: In his tenure at USC, Kiffin used a lot of spread. He was the offensive coordinator from 2004 to 2006. USC produced numerous school records in 2005. The Trojans averaged 49.1 points per game and 579 yards per game. Kiffin believes in getting ball into the hands of playmakers. He had Dwyane Jarrett, Steve Smith, Robert Woods and Marqise Lee at USC. All four players had 1,000 yards seasons receiving under Kiffin. Kiffin loves to spread defenses out and find the best matchup to attack. He has championship experience. Kiffin guided USC to an AP national title in 2004 and a title game berth in 2005.

Situation with Alabama: With Amari Cooper, Christion Jones, DeAndrew White and others, Kiffin has the ingredients to create a potent offense for Alabama.

Summary: Matt Leinart, John David Booty, Matt Barkley, Tyler Bray and Jonathan Crompton all achieved success in college because of Kiffin. In 2005, Leinart completed 65.7 percent of his passes and threw for over 3,000 yards (3,815 yards). He ended his career with 99 touchdown passes, an AP national title and a Heisman Trophy (2004). Booty led USC to Rose Bowl victories in his junior and senior seasons. He finished his career with 6,125 passing yard, 55 touchdowns and a 9-0 record against top 25 teams. Barkley led the Trojans to a 10-2 season in 2011. He passed for 3,528 yards and 40 touchdowns in 2011. Barkley guided USC to the Sun Bowl in 2012 and finished his career with 12,327 passing yards and 117 touchdowns. USC finished first in the Pac-10 in passing efficiency by averaging a 142.8 passer rating. Kiffin does a great job of instilling confidence in quarterbacks and getting them to understand his scheme of offense.

Situation with Alabama: With Jacob Coker tapped as Alabama’s possible starting quarterback, Kiffin’s job will be to help him flow in the system.

3. Kiffin is a winner and an exceptional recruiter

Summary: As a recruiter, Kiffin brought USC a No. 1 recruiting class in his three seasons. He has a way of getting the players he wants. Kiffin is keen about acquiring players that fit his style of play.  He notched a 23-3 record (88 percent win percentage) and helped USC become a powerhouse in the 2000s.

Situation with Alabama: With Saban and Kiffin working together, Alabama can dominate in recruiting for years to come.

Summary: In his time with USC and Tennessee, Kiffin found himself in front of a camera a lot. He loves to start and can sometimes start controversy with his words. Kiffin loves to build confidence in his players, but he has to let his game do the talking. At Tennessee, Kiffin called out opposing SEC schools and said the Volunteers would win. After that mishap, Kiffin fired shots at USC during his stint as the Trojans head coach. In 2012, he voted against USC in preseason polls to the No. 1 team. He said to reporters that he would not USC No. 1. Though he’s apologized for his statements, Alabama can’t have this happening.

Nick Saban’s counterpunch: Aside from Kirby Smart, Saban doesn’t allow his assistant coaches to address the media. This will be good for Kiffin because it will help him stay focused more on football and not conversations. It’s great to talk to the media, but Saban likes to keep it short, sweet and to the point.

2. Kiffin has been involved in recruiting violations

Summary: Kiffin was a part of the early USC teams (2000s) that were full of hype and controversy. NCAA investigations rose at USC concerning running back Reggie Bush. In 2005, it was alleged that Bush was receiving financial benefits as a student-athlete at USC. The investigation between the NCAA and the Trojans went on for four years. In June 2010, Bush and his family admitted to the NCAA that he did receive benefits while at USC. He received financial benefits and housing from two sports agents in San Diego. Because of its lack of control, USC was placed on a two-year bowl ban. This included a loss of 30 scholarships over three years and vacation of wins that Bush participated in as an “ineligible player,” including USC’s 2005 national title trophy.

For Alabama: Alabama’s program is built on trust, class and responsibility. The Crimson Tide can’t afford to have sanctions and lose scholarships. When a team in sanctioned, it is very hard to recruit the players they need. Kiffin has to understand that in order to win a national title, one has to do things the right way.

3. Will Kiffin’s system work with Alabama?

Summary: Alabama’s known for running the ball, playing tough defense and using play action pass. Kiffin is more of a spread offense, pro-style coordinator. The play calling will be vanilla in the first games to get his feet wet, but by game four Kiffin wants to air it out. The question becomes will Kiffin’s desire to pass the football often hurt the production of Alabama’s running backs? Another question is will the Crimson Tide’s offensive line be conditioned enough to run Kiffin’s scheme?

2014 will be year of excitement and uncertainty for Alabama football. One thing for certain is Saban will not let one person change the dynamic of his team. He has said to reporters that one person doesn’t change how things are run at Alabama.

With that being said, the Crimson Tide will continue to run the ball and play great defense. The hiring of Kiffin was a gamble, but with Saban the question is will it pay off? 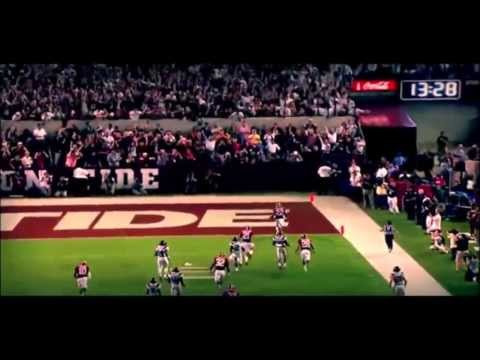