It’s good to have a talented arm and exceptional footwork in the pocket, but what makes a quarterback successful is when there are capable players around him to share the ball with.

In 2013, Alabama had a plethora of receivers around AJ McCarron, including Amari Cooper, Kevin Norwood and DeAndrew White. McCarron ended his career as a three-time national champion, but it was the receiving core that stepped up and took pressure off him.

McCarron is now in the National Football League and whether Saban’s choice is Blake Sims or Jacob Coker, a quarterback will be under center for Alabama in 2014. Despite losing Norwood and Kenny Bell, the Tide returns Cooper, White, Christion Jones and plenty more to the fold.

Cooper, White and Jones are the veterans. All three are headline names and leaders of the group, but who will emerge as the fourth option? Aside from the marquee names, Alabama returns Chris Black, O.J. Howard, Robert Foster, Raheem Falkins, Cameron Sims and ArDarius Stewart.

2012 was supposed to be Black’s year, but a shoulder injury in summer camp negated it. Black was a stud in high school. As a member of First Coast (Jacksonville, Fla.), Black was a four-star prospect. He displayed 4.5 speed and a 36.0 inch vertical. Black totaled 99 receptions for 1,871 yards and 24 touchdown receptions in his career.

Black didn’t see the field much last season. He recorded eight receptions for 79 yards and two touchdowns. He has the potential to be Alabama’s version of Percy Harvin if Lane Kiffin uses him fully next season. Black was a pleasant surprise for Crimson Tide fans on A-Day. He caught three passes for 78 yards and a touchdown.

All the underclassmen receivers are talented, but Robert Foster has the best chance of having a breakout season in 2014. At 6’3” 187 pounds, Foster provides a huge target for whoever is under center. Hailing from Monaca, Pa., Foster attended Central Valley High School. According to Scout.com and 247 sports, he was a five-star recruit.  Foster collected 107 passes for 1,860 yards and 26 touchdowns in his career.

In the 2014 spring game, Foster showed Tide fans why Saban and company brought him here. He developed chemistry with Cooper Bateman on the field and brought in four passes for 50 yards. Some of Foster’s receptions came from concentration and balance. He fits well in the slot for Alabama, but Kiffin probably may use Foster as a vertical, deep threat receiver.

LSU’s defense saw first-hand how special O.J. Howard can be for Alabama in 2014. Howard caught one pass against the Tigers last season, but it went for a 52-yard touchdown. Weighing in at 6’6” 237 pounds, Howard isn’t your average tight end. At Autaugaville Academy (Prattville, Ala.), Howard was a big play waiting to happen. He totaled 65 touchdowns in his career.

The Crimson Tide used Howard a lot at the beginning, but rarely looked his way down the stretch in 2013. He finished with 14 receptions for 269 yards and two touchdowns. Like Black, Howard is poised for a huge season in 2014 if Kiffin turns him loose.

He may redshirt next season, but if not, watch out for Cameron Sims. Alabama has recruited many talented players from Louisiana and Sims is no different. He may not be the fastest guy, but at 6’4” Sims can high point the ball. He is a four-star recruit and was ranked as the No. 12 receiver nationally by 247 sports.

During spring practice, Sims impressed coaches and teammates with his body control and hands. He continues to battle for a starting spot. If Alabama doesn’t redshirt Sims, we could witness something special from another Louisiana native.

Sophomore Raheem Falkins has big play ability written on him. Like Sims, Falkins is a Louisiana native (New Orleans). A former four-star recruit, Falkins attended G.W. Carver High School. He tallied 98 receptions for 1,858 yards and 28 touchdowns in his career. Falkins is a 6’4” 203-pounder that possesses speed and leaping ability. He would be a starter on other programs, but he’s battling for a spot with the Tide.

He’s the forgotten member of the underclassmen, but ArDarius Stewart screams huge play making ability. Stewart is a four-start prospect and Rivals.com didn’t miss with its No. 3 ranking on Stewart. He totaled 52 touchdowns on returns, runs and receptions at Fultondale High School (Fultondale, Ala.). Alabama fans enjoyed his performance on A-Day. Stewart caught two passes for 61 yards and a touchdown.

As fans and analysts, we can only assume. We don’t know which one of these players will emerge. Sims and Coker are probably grinning from ear to ear at the thought of having a variety of targets to hook up with. Fans, this is your question. Which young receiver do think will emerge for Alabama in 2014? While you are pondering on that, here is a chart containing the information mentioned earlier on these players. 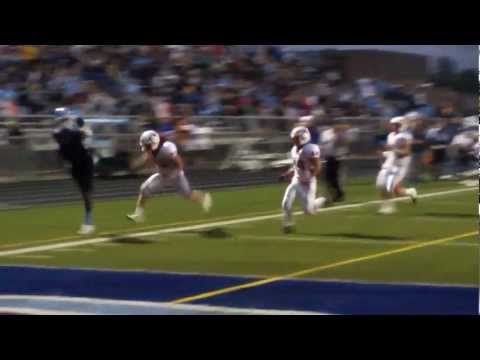