Technology evolves and seasons change, but the mark of a legendary coach remains the same. As a rookie, one is consumed with winning and recruiting. After riding through the dark days, a veteran is made. The drive to win is still there, but it’s followed by consistency, patience and sacrifice. Other realms are satisfied with being good, but good is the enemy of great in college football.

Paul Bryant, Frank Thomas and Nick Saban stand as the three coaches with the longest tenure at Alabama. Thomas coached for 16 years and achieved two national titles (1934 and 1941), but the question lies with the former and the latter, Bryant and Saban.

The story of sacrifice began for Bryant around 1927. Most guys would impress a girl by taking her out to eat or inviting her to a movie. Bryant charmed his lady and achieved the nickname “Bear” by wrestling a muzzled bear at a carnival. He was the knee baby of the family and though his father (Monroe) was a farmer, Bryant wrestled the bear to earn money.

Before coaching, Bryant played for the University of Alabama. Under Thomas, Bryant wasn’t a star player, but he had a warrior’s mentality. Despite a partially broken leg, Bryant played the entire game against Tennessee in 1935. His perseverance earned him a national title in 1934.

He was player and a coach, but Bryant was also a soldier. He enlisted in the Navy the day after Pearl Harbor was bombed (Dec. 7, 1941) and he served citizens in North Africa.

Bryant built success coaching Kentucky and Texas A&M, but when Momma called (Alabama) in 1958, Bryant returned to his Alma mater.  It took him three seasons, but in 1961 Bryant won his first national title with Alabama. The Crimson Tide dominated college football in the 60s and 70s.  Bryant was nearly unstoppable as he guided Alabama to six national titles and 13 Southeastern Conference Championships.

Bryant loved winning, but at the heart of it all, he wanted to bring a champion out each of his players. Bryant didn’t have Heisman winners in his tenure, but he did have marquee players with the same grit and passion he had. Joe Namath, Kenny Stabler, Johnny Musso, Lee Roy Jordan, Ozzie Newsome and others took what Bryant taught them and used it to become successful in life.

Bryant took Alabama football to a new level and Gene Stallings had a nice run, but after years of mediocrity it was only fitting to have a coach that could restore Tide football to its consistent winning ways.

2007 provided the answer to Alabama’s prayer as Nick Saban became head coach. Known for his strict demeanor, Saban is a disciple of doing the little things right. The mantra was branded into him through his father (Nicholas Saban, Sr.). Growing up in West Virginia, Saban’s father made sure he did everything right. Saban took his upbringing to the gridiron as a coach.

He achieved success with Toledo and Michigan State, but struck gold at Louisiana State University.  In five seasons (2000-04), Saban made LSU the toast of the SEC. The Tigers posted a winning record in each season. Under Saban, LSU won two SEC titles (2001 and 2003) and a national championship in the 2003 season.

Saban learned a lot from Bill Belichick. The knowledge didn’t pan out well in the National Football League, but it made Saban hungry and he returned to college football.

Alabama was inconsistent under DuBose, Franchione, Shula and Kines, but stability took over with Saban. He installed “The Process” in 2007 and two years later, Alabama was back atop the pinnacle of college football. Like Bryant, Saban teaches his players to sacrifice. Football is a team sport and in order to get to the Promised Land, everyone has to work together.

Saban didn’t rest on his laurels. He went back to work improving not only the team, but also his coaching style. Part of sacrifice is looking beyond one’s self and seeing the needs of others.

Saban’s best coaching performance was in 2011. Complacency and lack of leadership negated Alabama from a national title run in 2010. Regardless of the record, a 10-3 season bolds nothing in comparison to what the citizens of Tuscaloosa endured in the spring of 2011.

Tuscaloosa is home to many people. The outcome of the tornado devastation sparked Saban and Alabama into action. He challenged his players to help those in need and wanted them do dedicate the season to the fans. The Crimson Tide responded with back-to-back national titles in 2011 and 2012.

He produced a Heisman winner in Mark Ingram (2009) and a Maxwell Award recipient in AJ McCarron (2013), but like Bryant, Saban teaches his players that life goes on after college. Whether the path is the NFL or the working world, Saban wants his players to be mature and successful in society.

Bryant had a chalkboard and Saban has game tape, but both methods of preparation produced wins. The SEC has expanded since Bryant, but the task of winning constantly still lingers. Both coaches believed in hard work and repetition. Players knew what to expect from Bryant and know what Saban demands.

Communication is important in any relationship, but especially between a coach and his players. The presence of Bryant and Saban is well-respected. Both coaches formed bonds with their players. It’s great to be a good coach; however, it’s better to be a reliable human being.

We can toss stats all day about the former and the latter. When it all boils down, respect is the important thing. Did the players respect Bryant and Saban? Bryant’s players honored him and counted it a privilege to play for him.  Saban’s players say that when he speaks, you just want to listen to him. Saban has not matched Bryant yet in championships, but he will get there if he continues what he’s doing.

Overall, it stems back to the beginning. Technology moves forward and seasons change, but as long as you have a prolific work ethic, exercise patience and sacrifice for your team, one can become a legendary coach in college football.  Both Bryant and Saban remain as the only two coaches to win a conference title at two different schools. Here is a chart breaking down the numbers of Bryant and Saban. 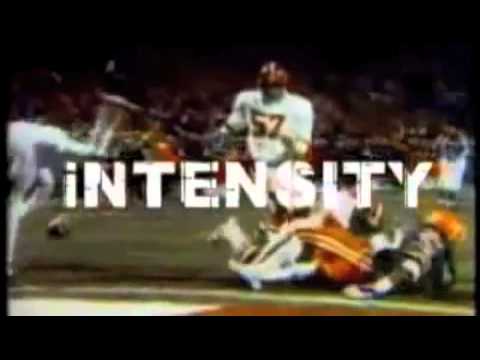