Postseason success is better than preseason hype; however, it’s beneficial for players to have a barometer of how good they can be potentially.

Alabama enters 2014 with 29 players named to award watch lists. Since 2008, Crimson Tide players have won at least one of the major national college football awards every year. This is the longest active streak in college football.

Collectively, Alabama wants to resurrect its identity and win its 16th national title, but it doesn’t hurt for players to have an opportunity at individual awards. Here is a list of the 29 Crimson Tide players that are on award watch list in 2014.

Maxwell Award (Player of the Year)

Defensive lineman A’Shawn Robinson has a chance to have a special season as he is listed for five awards in 2014. AJ McCarron took home the Maxwell and Johnny Unitas Golden Arm awards last season. Can Jacob Coker follow suit? The answer to that question remains to be seen.

Alabama has produced many great running backs, but Trent Richardson was the lone player to win the Doak Walker Award. T.J. Yeldon or Derrick Henry has an opportunity to join Richardson this season.

Before he left the University of Alabama, Barrett Jones said Ryan Kelly would be better than he was. Kelly is listed for two awards this season and it will be up to him to anchor Alabama’s offensive line.

Amari Cooper struggled in 2013, but he could deliver Alabama its first Fred Biletnikoff Award winner in 2014. Antonio Langham was the only Crimson Tide player to hoist the Jim Thrope Award. Landon Collins will look to bring the award to Alabama next season.

The Tide has recruited some very talented linebackers, including Derrick Thomas, Rolando McClain and C.J. Mosley. The mantle falls on Trey DePriest in 2014. He or teammate Reggie Ragland has an opportunity to receive the Butkus Award.

Things don’t always go as planned, but it will be interesting to see if these Alabama players step up to par, perform well and collect some of these awards at the end of the 2014 season. 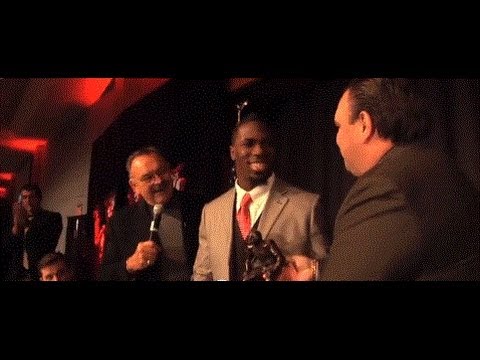