Like Florida State, Ohio State and LSU, Alabama was tested in week one by West Virginia. Clint Trickett and the Mountaineers were able to move the ball, but the Tide emerged from the Georgia Dome victorious.

After its 33-23 victory over West Virginia, Alabama set its eyes on Florida Atlantic. The Crimson Tide will take on the Owls Saturday at 11a.m. inside Bryant-Denny Stadium.

Johnson is a dual threat quarterback, weighing in at 6’1” 225 pounds. He completed 58.2 percent of his passes for 1,876 yards and 12 touchdowns last season. Johnson was Florida Atlantic’s leading rusher with 772 yards and 10 touchdowns.

Jonathan Wallace was an impact player on the team in 2013. He recorded 563 rushing yards and three scores. With Wallace gone, Jay Warren has to pick up the slack. Warren finished last season with 340 yards rushing and two touchdowns. He totaled 77 yards and averaged 5.5 yards per carry in Florida’s Atlantic loss to Nebraska.

Nexon Dorvilus and Daniel McKinney were the Owls primary receivers in 2013. Dorvilus caught 19 passes for 199 yards and six touchdowns. McKinney brought in 49 passes for 615 yards and a touchdown.

William Dukes and Lucky Whitehead will be called upon this season to help Johnson in the passing game. Dukes totaled 35 receptions for 553 yards and six scores in 2013. Whitehead was Florida Atlantic’s leading receiver against Nebraska, collecting five receptions for 40 yards and a touchdown.

Linebacker Andrae Kirk anchors Florida Atlantic defensively. He had 84 tackles, four pass breakups, one forced fumble and an interception last season. He recorded seven tackles and a pass breakup against the Cornhuskers.

Brandin Bryant is the leader on the Owls defensive line. He tallied 51 tackles (9.5 tackles for loss) and six sacks in 2013. Bryant had one tackle against Nebraska, but he is an explosive pass rusher.

Alabama fans saw Blake Sims under center to start the season. Sims completed 73 percent of his passes (24-33) for 250 yards with one interception. He was mobile in the pocket and managed the game well.

The Crimson Tide’s run game was the story against West Virginia. T.J. Yeldon and Derrick Henry both totaled 100+ yards rushing. Yeldon had 126 yards rushing and two scores off 23 carries. Henry put in 113 yards rushing and a touchdown off 13 carries. Both backs gained yards after contact and gashed the Mountaineers defense.

He didn’t have a touchdown reception, but Amari Cooper still had a huge game. Cooper was in rhythm with Sims and caught 12 passes for 130 yards. DeAndrew White had six receptions for 73 yards and Christion Jones totaled three catches for 31 yards against West Virginia’s secondary.

Alabama’s offensive was solid against West Virginia. Sims wasn’t sacked and the backs had lanes provided. Leon Brown was penalized three times, but the Tide’s offensive line guided the team to 538 yards of offense.

The Crimson Tide’s secondary was a question mark against West Virginia. Cornerback Bradley Sylve was burned on a lot of plays. In Monday’s practice, Nick Saban replaced Sylve with Eddie Jackson on the first team defense. Landon Collins and Cyrus Jones combined for 15 tackles against the Mountaineers.

Alabama’s defense will have its leader as Trey DePriest rejoins the lineup this week. Reggie Ragland and Reuben Foster combined for 13 tackles against West Virginia.

Alabama vs. Florida is a matchup on the horizon, but improvements must be done before the Tide faces the Gators. Expect to see a lot of freshmen get playing time as Saban and company continue to get better.

In Wednesday’s press conference, Saban said that the quarterback competition is still in session. Blake Sims and Jake Coker will play, but it will be interesting to see how Saban manages the time.

This matchup against Florida Atlantic will be a tune up game for Alabama, but there are still questions needed to be asked.

It’s great to have questions, but it’s even better when those questions are answered. Alabama has practiced hard this week and will be ready to excite its fans Saturday for the home opener. 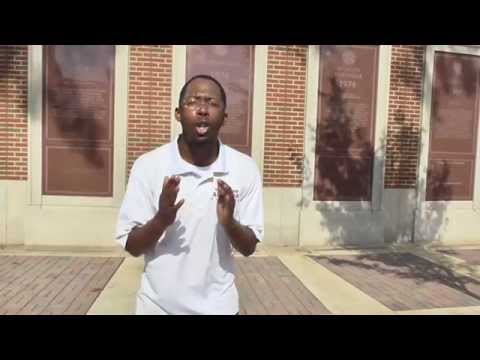