The inaugural College Football Playoff is here. The latter of two semifinal games will take place under the lights inside the Mercedes-Benz Superdome Thursday night. Two premiere programs will battle, as Alabama faces Ohio State in a Sugar Bowl matchup.

Head coach Urban Meyer has guided Ohio State to three consecutive 12-win seasons. The Big Ten displayed a horrible performance in week three of the season, but the Buckeyes’ have carried its conference flag into the College Football Playoff.  Ohio State’s offense has achieved balance under Tom Herman, despite losing both Braxton Miller and J.T. Barrett.

Sophomore quarterback Cardale Jones showed much poise in the Big Ten Championship Game against Wisconsin. He completed 70.6 percent of his passes (12/17) for 257 yards and three touchdowns. Jones has thrown for 375 yards and five touchdowns in mop up duty. He hasn’t hurt opposing teams as a runner, but Jones does have 215 yards on the ground.

Ezekiel Elliott anchors Ohio State’s rushing attack. The sophomore has 1,402 yards and 12 touchdowns, averaging 6.5 yards per carry. Elliot had a huge performance against Wisconsin, totaling 220 yards and two touchdowns on 20 carries. Curtis Samuel and Jalin Marshall both are change of pace backs. Samuel chimes in with 376 yards and six touchdowns on 58 carries. Marshall loves to bounce runs outside, but he excels as a flex target. Marshall has 131 rushing yards and a touchdown. He’s recorded 28 catches for 392 yards and six scores.

Head coach Nick Saban and Alabama are back in a familiar spot, but this time it’s for redemption. The Crimson Tide looks erase a dreadful 2014 Sugar Bowl loss (Oklahoma, 45-31) from its memory banks. Alabama enters New Orleans as champions of the Southeastern Conference.

Senior quarterback Blake Sims had a flawless game against Missouri. He set an SEC title game record, completing 85.2 percent of his passes. Sims completed 23 of 27 passes for 262 yards and two touchdowns. He’s tossed for 3,250 yards, 26 touchdowns and seven interceptions this season.

“We will play the way we play,” Alabama’s quarterback Blake Sims said.

Junior running back T.J. Yeldon has been nursing a hamstring injury, but he will play against Ohio State. Yeldon leads all backs with 932 yards and 10 touchdowns, netting 5.1 yards per carry. Sophomore Derrick Henry has worn down opposing defenses in the second half. He’s collected 895 yards and 10 touchdowns on 5.6 yards per carry. Sims’s mobility adds another dimension to Alabama’s offense. He’s totaled six rushing touchdowns.

Amari Cooper is Alabama’s bell cow offensively. He caught 12 passes for 83 yards in Alabama’s 42-13 victory over Missouri. Cooper has 115 receptions for 1,656 yards and 14 touchdowns. DeAndrew White has put together some solid games this season. The senior has 37 catches for 439 yards and four touchdowns. Christion Jones and tight end O.J. Howard both have emerged as of late. Jones chimes in with 19 catches for 264 yards and a touchdown. Howard has 15 receptions for 246 yards.

Nick Saban and Urban Meyer are two of the best minds in college football. Both men have faced each other three times. Saban leads the series 2-1, including a 32-13 victory over Meyer in the 2009 SEC Championship Game (Alabama vs. Florida). Both coaches respect each other, yet both men are treating this as a business trip. It will be a chess match to see which one is more prepared.

A lot will be on the line Thursday. Ohio State looks to re-establish the Big Ten as one of the nation’s top conferences. 2007 was the last time the Buckeyes played for a national title. Alabama looks to continue its legacy. A chance at a 16th national championship and its fourth under Saban is all the Crimson Tide desires. New Orleans will be at a feverish pitch, as these two programs exchange blows for a right to appear in the championship game. ESPN will air the contest at 7:30 p.m. 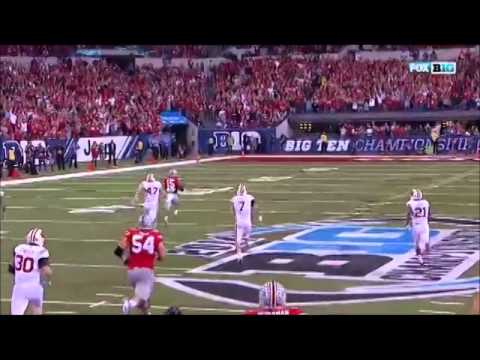