All he wants is a chance. The National Football League is giving former Alabama quarterback Blake Sims an opportunity to showcase his skills. According to Fox Sports reporter Bruce Feldman, Sims has been invited to participate in the 2015 NFL Combine.

Sims was featured as a running back, cornerback and quarterback in his five seasons at Alabama (2010-14). He called the shots in 2014, and exceeded all expectations. Sims led a prolific offense under Lane Kiffin. Alabama averaged 36.9 points and 484.5 yards offensively. It totaled at least 30 points in 10 games, and exploded for 50+ points against Auburn, Texas A&M and Southern Mississippi.

Sims engineered both game-saving and game-winning drives in 2014. He will mostly be noted for his finishes against LSU and Auburn. Sims guided Alabama on a 9-play, 55-yard drive with 50 seconds remaining in the fourth quarter to force overtime against the Tigers.

He delivered the Crimson Tide to a 20-13 overtime victory over LSU on a 6-yard touchdown pass to DeAndrew White. Sims overcame three interceptions, and led Alabama to a 55-44 victory over Auburn. He guided the team to a Southeastern Conference title and an appearance in the College Football Playoff. Sims finished 2014 with 3,487 passing yards, 28 touchdowns and 10 interceptions. He displayed mobility, totaling 350 rushing yards and seven touchdowns.

Sims impressed some NFL scouts in the senior bowl. He possessed an exceptional spiral, and targeted receivers in stride on a few passes. Sims’s leadership skills during the week of senior bowl practice caught the attention of Jacksonville Jaguars head coach Gus Bradley.

“Sims has put his natural leadership abilities on display throughout the week of practices, which should work to Sims’s advantage throughout the draft process,” Bradley said.

Sims completed 4 of 11 passes for 50 yards. He averaged 7.7 yards per carry, accounting for 23 yards on three attempts. His team (South) ultimately lost to Team North 34-13, but Sims took the good with the bad.

“I’ve got to do what I’ve got to do to help the team, and try to show the scouts that I’m able to throw the ball,” Sims said to AL.com. “I’m glad that I had the opportunity to play and I’m looking forward to seeing how things turn out.”

The NFL combine is set for February 17-23, 2015 inside Lucas Oil Stadium (Indianapolis, Ind.). Sims will be amongst other talented quarterbacks, including Jameis Winston, Bryce Petty, Brett Hundley and Garrett Grayson.

Oregon’s Marcus Mariota is unsure as to whether he will participate at the combine or not. He sprained the AC joint in his right shoulder (throwing shoulder) late in the season.

Sims has proven that he can lead a college team. He now has a chance to prove that he can one day be a franchise quarterback in the NFL. Sims wants to be a signal caller, but is exploring other options, including running back and slot receiver. The Georgia native is already getting some comparisons to Seattle Seahawks quarterback, Russell Wilson. Wilson defied the size category and has become a consistent NFL quarterback. Sims, at 5-foot-11, can do the same if he continues to work on his arm strength and accuracy. 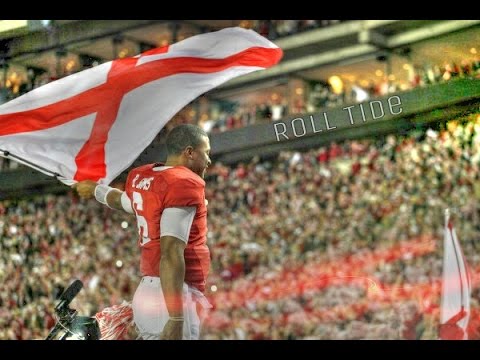