A new quarterback will be unveiled at Alabama in 2015. It returns a roster littered with talented receivers, but not a lot of experience. Chris Black, Cam Sims and ArDarius Stewart all look to be primary targets, but tight end O.J. Howard may be the one to emerge next season.

He had a solid freshman campaign, but Howard struggled with consistency as a sophomore. Alabama’s head coach Nick Saban wants to create a balanced player in Howard. He caught 17 passes for 260 yards in 14 games in 2014. His blocking skills improved late in the season, with help from Jalston Fowler and Brian Vogler. Howard, standing at 6-foot-6 and 240 pounds, strung together some productive games down the stretch.

Oct. 4, 2014 was “Upset Saturday” in college football. Four top-10 teams were dismantled, including Alabama. Howard put in his best performance against Ole Miss, despite losing 23-17.

He caught three passes for 81 yards. Howard had an opportunity to win the game for Alabama, but he bobbled a 32-yard pass in the endzone. The ball landed in the arms of Senquez Golson for an interception.

His number wasn’t called until the fourth quarter, yet Howard was clutch against LSU. He recorded two catches for 12 yards on Alabama’s final drive in regulation. Howard’s awareness to get out-of-bounds helped the Crimson Tide manage time. Alabama sent the game into overtime on a 27-yard field goal from Adam Griffith. It defeated LSU in overtime, 20-13.

Howard caught two passes for 33 yards against Western Carolina. He came up with two receptions for 20 yards in Alabama’s 42-13 win over Missouri in the 2014 Southeastern Conference title game.

Alabama fans make the argument that Howard was underused in 2014. Blake Sims’s chemistry with Amari Cooper caused much of it. Cooper was a sure-handed receiver, and Lane Kiffin’s offense was based on quick passes.

Now is the time for Howard to morph, especially with Cooper, DeAndrew White and Christion Jones all are pursuing careers in the National Football League. He’s accounted for 529 yards and two touchdowns on 31 catches in two seasons, but Howard’s finest memory was a 52-yard touchdown reception against LSU in 2013.

A former five-star prospect, Howard is a native of Prattville, Ala. He was the top tight end prospect nationally, and made Autauga Academy a powerhouse in his tenure. Howard amassed 854 yards of total offense and 12 touchdowns as a senior. He caught 41 passes for 926 yards in his junior season.

All new quarterbacks love dependable tight ends. Tight ends provide a security blanket on third down and goal line situations. Alabama looks to run the ball more in 2015, but Kiffin has to find ways to get Howard involved offensively. He wants to emerge, but will the quarterback look his way in 2015? 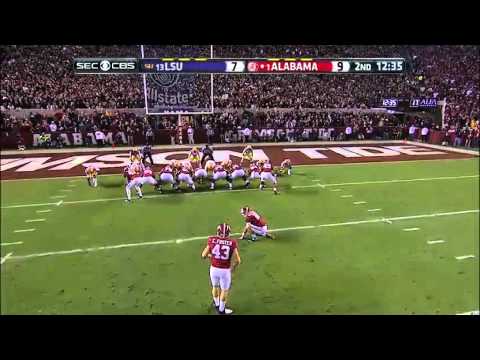