Experience is always a good trait in sports. Alabama’s head coach Nick Saban has generated success in recruiting junior college players, along with high school athletes. He brought in 11 JUCO players in his first seven recruiting classes at Alabama, dating back to 2007.

The Crimson Tide’s 2014 recruiting cycle landed Jarran Reed, D.J. Pettway, Dominick Jackson and Ty Flournoy-Smith. Maturity and game experience are both reasons as to why Saban loves to dip into junior colleges. He knows that these men will be able to make an impact.

Terrence Cody, James Carpenter, DeQuan Menzie and Jesse Williams are some of the most recognized junior college athletes to play at Alabama. All four individuals were important contributors to the Crimson Tide’s success under Saban. Here is a list breaking down the top five junior college players in Alabama history under Saban.

Summary: Quinton Dial was an early enrollee to the University of Alabama in 2010, after having a solid career at East Mississippi Community College. He totaled 100 tackles and 6.5 sacks in two seasons as a nose guard. Dial’s size and pass rushing abilities made an immediate impact on Alabama’s defense in 2011. He put in 24 tackles, including 10 solo stops as a reserve defensive end.

Summary: DeQuan Menzie was four-star cornerback entering Copiah-Lincoln Community College (Mississippi) in 2008. He collected 91 total tackles and seven interceptions in two seasons. Menzie was selected as a second-team All-American by the National Junior College Athletic Association after his sophomore season in 2009. He enrolled at Alabama in 2010, and appeared in 12 games at cornerback. Menzie put in 33 tackles, four pass breakups and two sacks.

He started at corner in 2011, opposite Dre Kirkpatrick. Menzie recorded 37 tackles, 1.5 sacks, 11 pass breakups (team-high) and an interception. He was exceptional against the run, as well as the pass. His ability to blitz off the corner made him an underrated pass rusher.

Alabama’s secondary was dominant in 2011. It led the nation in pass defense (116.3 yards per game) and pass efficieny defense (89.3). Menzie’s efforts got him recognized as a first-team All-American by the AFCA. He was a member of Alabama’s 2011 national championship team. Menzie was selected by the Kansas City Chiefs in the fifth round (146th pick) of the 2012 NFL Draft. He retired in July of 2014, after not playing a down of meaningful football.

Summary: Jesse Williams was a marquee name at Arizona Western Community College (Yuma, Ariz.), prior to enrolling at Alabama in 2011. The 6-foot-4, 320-pound Australian chimed in with 76 tackles, including 12.5 for loss. He had six sacks, four forced fumbles, a fumble recovery and an interception in 17 games (2009, 2010).

Williams came to Alabama as a four-star prospect. He enrolled in the spring, and became an immediate impact on the defensive line. Williams started all 13 games in 2011, totaling 24 tackles with four stops for loss. Alabama led the nation against the run, allowing 72.2 yards per game. Williams was transitioned to nose guard in 2012.

He had 36 tackles, one sack, two pass breakups, four quarterback hurries and a blocked kick in his second season at Alabama. Williams was a member of two national champion teams (2011, 2012) and a SEC title team in 2012. The Seattle Seahawks selected Williams with the 137th pick (fifth round) in the 2013 NFL Draft. He spent two seasons on injury reserve, but still claimed two NFC Conference titles and a Super Bowl championship in the 2013 season.

Carpenter excelled in pass protection, allowing 1.43 sacks per game. He guided running back Mark Ingram to a Heisman Trophy in 2009. Ingram rushed for 1,658 yards and 17 touchdowns.

Carpenter started all 13 games in 2010 at left tackle. He was a first-team All-SEC selection. Alabama’s offense racked up 444.08 yards per game. Carpenter blocked for five 100-yard rushers, and provided time for Alabama’s quarterbacks to be fourth nationally in passing efficiency.

He was a member of Alabama’s SEC and national championship team in 2009. Carpenter was selected in the first round (25th pick) of the 2011 NFL Draft by the Seattle Seahawks. He appeared in 45 games, securing two NFC Conference crowns and a Super Bowl title. Carpenter is now a member of the New York Jets.

Summary: He was a force at Mississippi Gulf Coast Community College, but Terrence Cody became a game changer went he arrived at Alabama in 2008. A former three-star recruit, Cody made a huge impact on Alabama’s defensive line in 2008. He put in 24 tackles with 4.5 stops for loss, 0.5 sacks, two fumble recoveries and two quarterback hurries. Cody was a consensus first-team All-American, a semifinalist for the Chuck Bednarik Award and a first-team All-SEC selection. He helped Alabama reach 12 wins in 2008, including a 36-0 victory over Auburn.

2009 was a special season for Cody and Alabama football. He totaled 20 tackles, a pass breakup and two quarterback hurries. Alabama was second nationally against the run (68.22) and fourth in total defense (242.22). Its matchup against Tennessee in 2009 stands as Cody’s defining moment. He blocked two Daniel Lincoln field goals, securing a 12-10 victory for the Crimson Tide. Alabama rode the momentum of Cody’s efforts into the 2009 SEC Championship Game and the 2010 BCS National Championship Game. The Crimson Tide defeated Florida 32-13. It defeated Texas 37-21, capturing its 13th national title in program history.

No individual rushed for 100 yards in Cody’s tenure at Alabama. He was a finalist for the Lombardi Award (nation’s best lineman) and semifinalist for the Bednarik Award (best defensive player). The Baltimore Ravens selected Cody with the 57th pick (second round) in the 2010 NFL Draft. He put in 87 tackles and achieved a Super Bowl title (2012) in four seasons. 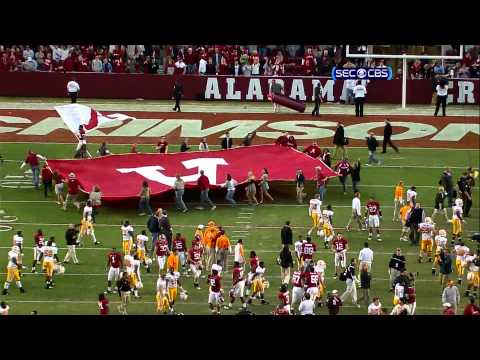