Never despise small beginnings because talent can be found anywhere.

Birmingham is the largest city in Alabama, yet a constant battle in perception wages between the luxurious areas like Mountain Brook, and the rough areas like Fairfield. Alabama football landed one of its best defensive players of all-time in the projects of Ensley, Cornelius Bennett.

Ensley, a neighborhood in Birmingham, Ala., was another ghetto in America. It was a low-income area that was conducive to a high crime and drug rate. Popularity was more so found in the streets than in schools, however, Bennett was different. He possessed a strong mindset.

Ensley was previously an all-white school, until integration happened in September 1964.

The institution became more accessible to African Americans by the mid-1970s, as it was repositioned as a “magnet school” within the Birmingham system.

Bennett excelled in football, basketball and baseball at Ensley High School. He became an all-state performer as a senior, totaling over 1,000 yards on 101 carries as a halfback. His tan skin complexion drew a racial slur “Biscuit,” yet Bennett chose to embrace it and not complain.

Former Alabama head coach Walter “Ray” Perkins inherited an opportunity to coach Bennett from 1983-86. Bennett, who stood at 6-foot-3, 240 pounds, was a standout at linebacker.

He was selected first-team All-American and first-team All-SEC three times (1984-86). Bennett won the Lombardi Award (nation’s best lineman or linebacker) in 1986, and was recognized as the Southeastern Conference’s Player of the Year in the same season. Bennett, along with teammate Derrick Thomas anchored one of the fiercest defenses in college football in 1986.

His defining moment came in Alabama’s 1986 meeting with Notre Dame. Fighting Irish quarterback Steve Beuerlein got his world rocked, when Bennett leveled him to the ground.

Daniel Moore is widely-known for captivating the work of Alabama football in his prints. He titled Bennett’s play simply as “The Sack,” immortalizing it as a fixture in program history.

Bennett compiled a record of 32-15-1 in four season with Alabama. He appeared in three bowl games, and finished seventh in the 1986 Heisman voting.

The Indianapolis Colts selected Bennett in the first round (second overall pick) of the 1987 NFL Draft. The draft class was littered with talented linebackers, but Bennett was the headline.

Things didn’t pan out well for Bennett in Indianapolis, but he made his presence felt in Buffalo.

Bennett captured an NFC Conference title with the Atlanta Falcons in 1998, but college football didn’t forget the mark he left. He was elected into the College Football Hall of Fame in 2005.

Alabama did him justice a year earlier, inducting Bennett into its Sports Hall of Fame in 2004.

Cornelius Bennett is living proof that talent can come from anywhere. It took discipline and a balanced work ethic, but he made it from Ensley High School to a nationwide success story.

Ensley did improve after Bennett’s departure. In 2006, the school graduated 134 seniors in its final year. It was later merged into the newly-built Jackson-Olin High School, but Bennett was a legacy at Ensley. He was more than just a player, Bennett was a role model and activist. 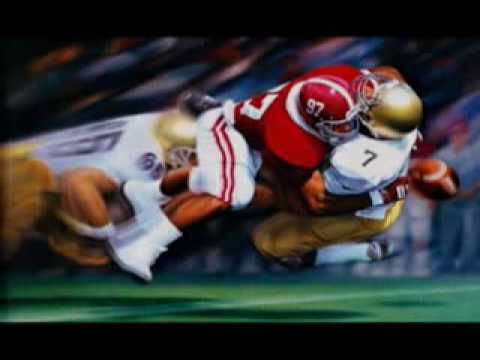