A gruesome leg injury against Ole Miss last season has Alabama’s senior running back Kenyan Drake excited for this season. The 6-foot-1, 215-pound senior led the Crimson Tide in touchdowns with six, until Alabama’s meeting with Mississippi on Oct.4, 2014. He’s totaled 1,087 rushing yards, 294 receiving yards and 20 touchdowns in 29 career games.

“Well, I think Kenyan Drake has tremendous diversity as a player,” Saban said. “He has so many things that he does well. He has great speed, and very good running skills with instincts. He’s a fantastic receiver.”

Drake, a Georgia native, has exceptional top-end speed and acceleration. He displays vision as a runner, and is dynamic in space. Coach Saban said it’s easier mismatches for Drake because of his skill set.

“I think, if we played him at receiver, he would be one of the better receivers on our team,” Saban said. “And I think this is one of the assets that he’s going to possess moving forward that’s going to make him a very, very effective player in the future for us.”

It’s difficult to replace the value and experience of Amari Cooper, Christion Jones and DeAndrew White, but Alabama expects others to step up. Drake’s decision to return gives this offense a chance to be special in 2015. 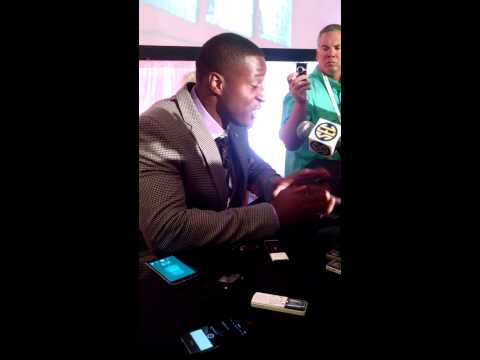