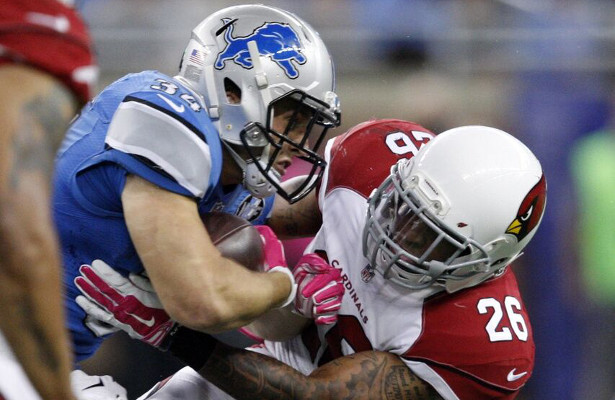 Walk-ons are never guaranteed an opportunity, but some take it with gratitude and develop into greatness. Former Alabama safety Rashad Johnson is a perfect example.

He enrolled at Alabama in 2004 as a walk-on running back, yet he developed into one of the best safeties in the Southeastern Conference by the time he graduated in 2009.

Johnson has been with the Arizona Cardinals since 2009, when he was drafted as the 95th overall pick in the third round. He had a very productive outing Sunday against Detroit Lions, the lone winless team in the National Football League. Johnson finished fifth on the team with five total tackles in Arizona’s 42-17 win. He also defended two passes and recovered a fumble.

Johnson was exceptional against the run, as Detroit totaled 57 rushing yards on 18 carries.

He captained a secondary that forced four interceptions, three of which came off the arm of Lions’ quarterback Matthew Stafford. Arizona held Detroit’s quarterback play to under 60 percent (58.5) in the completion department, and improved to 4-1 on the season.

It will travel to Heinz Field next week and face Pittsburgh.

Stephen M. Smith is a senior analyst and columnist for Touchdown Alabama Magazine.