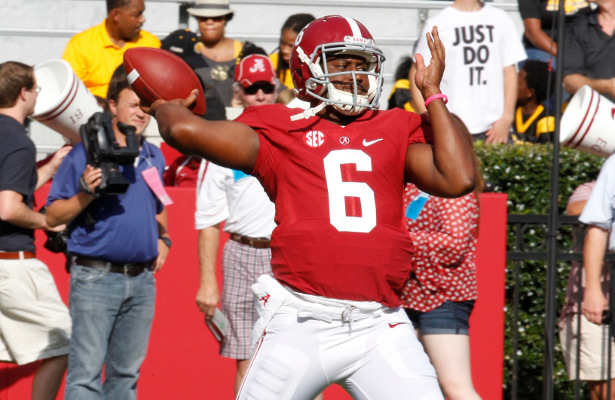 Whether it is fate, bad timing or a mixture of both, former Alabama quarterback Blake Sims continues to get the runaround from the Canadian Football League. He was re-signed to the Saskatchewan Roughriders active roster Tuesday, after being released on Sept. 15.

Sims joined the practice squad on Aug. 4 and was activated by the team on Sept. 6, prior to being released. The native Georgian and ex-Crimson Tide player got his first CFL opportunity with the Toronto Argonaunts on May 28. He was offered a contract, but was released nine days later.

Sims earned opportunities to try out for two NFL teams, Green Bay Packers and Washington Redskins, but neither of the two offered him a contract. He was not selected in the NFL Draft.

Saskatchewan has three games left this season, and Alabama fans hope that Sims gets an opportunity to shine. He is currently the Crimson Tide’s single season passing leader with 3,487 yards. Sims totaled 28 passing touchdowns, 350 rushing yards, seven rushing scores and guided Alabama to a Southeastern Conference title last season. He also navigated Alabama to the inaugural College Football Playoff as a No. 1 overall seed.