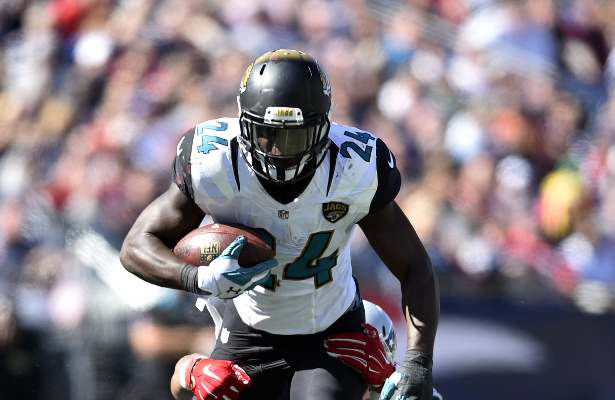 Former Alabama running back T.J. Yeldon made a huge statement in his first game returning from injury on Sunday. Yeldon rushed for 115 yards on 20 attempts, and also rushed for his first career touchdown.

Yeldon missed last week’s game against the Houston Texans with a groin injury and was questionable to play on Sunday. That didn’t stop the former Crimson Tide back from shredding the Buffalo Bills and their sixth ranked rush defense.

The only other running back competing with Yeldon for the starting position is Toby Gerhart and his showing today did not help his case to get increased playing time. Gerhart rushed six times for eight yards and failed to gain 1 yard on four consecutive goal-line carries on the Jaguars’ first drive of the second half.

Yeldon and the Jaguars were the home team in today contest despite being over 4,000 miles away from their home field. This game was held at Wembley Stadium in London, England.

This was Yeldon’s second 100 plus yard rushing game of the season.

With his performance today Yeldon now has 291 rush yards on 81 attempts and is averaging 3.6 yards per carry. Following their bye week Yeldon and the Jags will go against the New York Jets who have the best rush defense in the NFL.