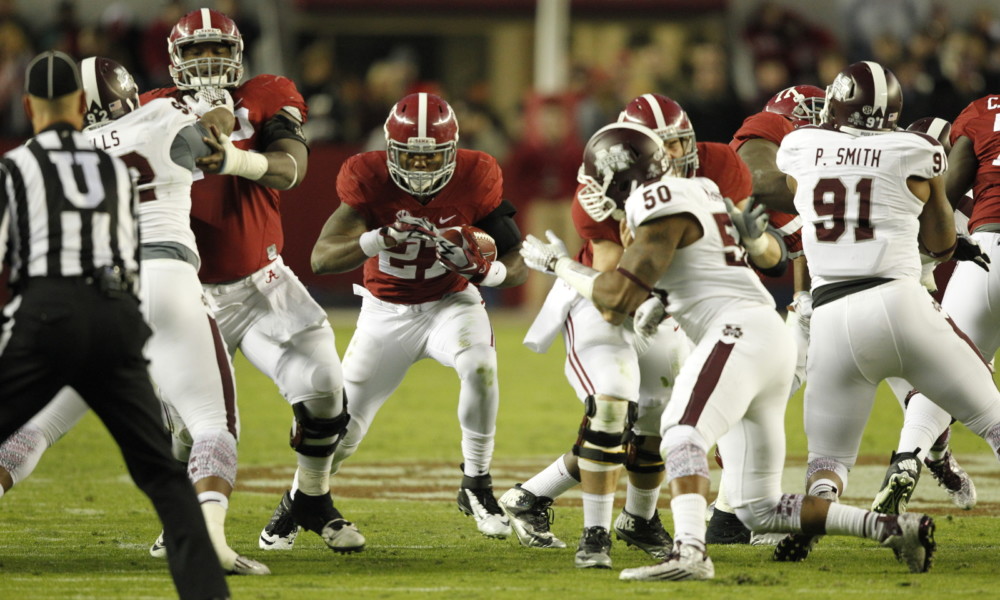 Davis Wade Stadium (Starkville, Miss.) will be this year’s venue in the Battle for Highway 82 between Alabama and Mississippi State. Both teams will enter Saturday’s game ranked in the top 20, according to the Associated Press poll. Alabama stands at  No. 2 in the College Football Playoff rankings. It has won the last seven meetings against Mississippi State since 2008.

Bulldogs’ head coach Dan Mullen is in his seventh year at Mississippi State. He has done well with the program, delivering five bowl appearances in six seasons. Mississippi State’s most productive year came in 2014, as the team finished 10-2 overall and second in conference play.

He was deep in all Heisman conversations last season, until three interceptions against Alabama knocked him out. Prescott has improved as a passer, completing 66.7 percent of his throws for 2,351 yards with 18 touchdowns to one interception. He averages 261.2 yards a game passing.

“He was a really good player last year,” Saban said during Tuesday presser. “I think his passing efficiency, being able to look off people and doing the little right in the passing game really makes a difference. He has a lot of skilled guys on the outside that have made big plays.”

Prescott also handles duties in the run game, due to the absence of former Bulldogs’ tailback Josh Robinson.

The senior has totaled 418 rushing yards and seven touchdowns on 86 carries. Running backs Ashton Shumpert and Brandon Holloway both get opportunities, but Prescott’s has been the most successful on the ground. Shumpert, a junior, does have a rushing score.

“First off, Wilson is a very big guy who uses his body well,” Saban said. “He’s a very physical receiver that creates a lot mismatches and has good hands.”

Fred Ross, a junior, stands behind Wilson with 548 receiving yards and two touchdowns on 51 catches. Saban said Ross is a different player from Wilson, but still effective.

“He is really good coming out of a break,” Saban said on Ross. “He runs really good routes and has about 51 catches or so this year. He obviously been a favorite target.”

Saban said the combination of Wilson and Ross is good.

Fred Brown and Donald Gray are two other targets will see playing time this weekend. Both have two touchdown receptions, while Brown has 313 receiving yards.

Defensively, linebacker Richie Brown has emerged in the absence of Benardrick McKinney. Brown leads the team in tackles (73), tackles per game (8.11) and sacks with 5.5.

He chimes in with eight tackles for loss. Linebacker Beniquez Brown stands in second with 59 total tackles and two sacks.

Kivon Coman, a junior, anchors Mississippi State’s secondary. He has 52 total tackles, three tackles for loss, half a sack and an interception. The Bulldogs have 10 interceptions as a team.

Alabama and Mississippi State will meet for the 100th time this weekend. The Crimson Tide leads the series 79-17 with three ties. Coach Saban is 7-1 against Mississippi State since arriving at Alabama in 2007. The Bulldogs beat Alabama 17-12 at Starkville in Saban’s first season.

Mississippi State typically plays Alabama tough, with the closest contest happening last season. The Crimson Tide inked out a 25-20 win at Bryant-Denny Stadium in 2014. It would go on to capture in 24th Southeastern Conference title that year.

Saturday’s game will be a dog fight.