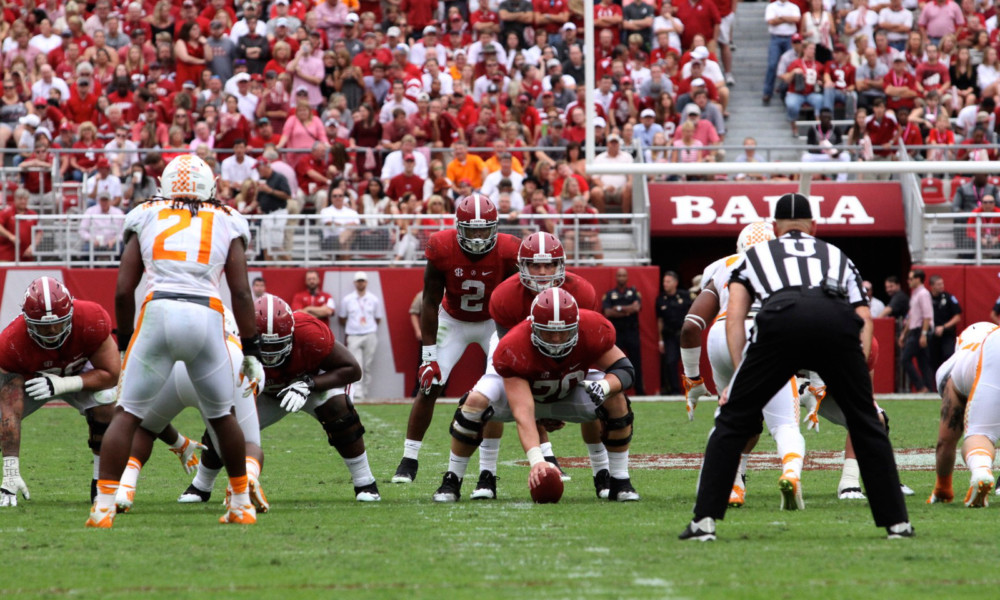 Consistency did not form with this year’s offensive line until late in the season; however, it did not stop the Joe Moore Foundation for Teamwork from selecting Alabama’s group as one of 20 semifinalist for Joe Moore Award. The honor is presented annually to the nation’s best unit.

Running back Derrick Henry has benefited greatly from this group. He has 1,458 rushing yards with 19 touchdowns on 240 carries. Henry trails LSU running back Leonard Fournette (1,474) in yards both in conference and nationally.

Controlling game pace is something Alabama excels in.

Alabama stands among the top-15 nationally in dominating time of possession (33:17). The Joe Moore Award is named after one of the best offensive line coaches in college football history, Joe Moore. It is an award that symbolizes such traits as toughness, tone setting, effort, teammates and physicality.

Five finalists for the Joe Moore Award will be announced on Nov. 30. Alabama will face Charleston Southern this week.