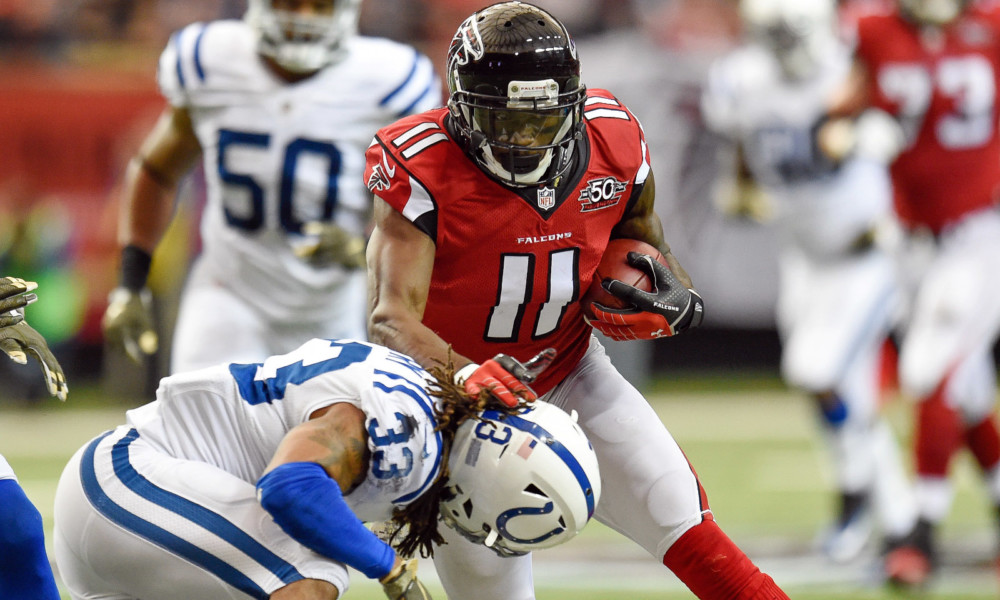 Former Alabama star wide out Julio Jones is doing all he can to keep the Atlanta Falcons afloat in the NFC South.

He put in a strong outing Sunday at the Georgia Dome against Indianapolis, accounting for nine receptions for 160 yards.

Jones was targeted 15 times and averaged 17.8 yards per catch. Three of his nine receptions came on scoring drives for the Falcons. Jones brought in two passes (36, 29) on Atlanta’s fourth offensive possession to set up a one-yard touchdown from quarterback Matt Ryan to Patrick DiMarco, giving Atlanta a 14-0 edge over the Colts in the second quarter.

Indianapolis would win the game 24-21, handing the Falcons its fourth straight loss. Atlanta started the year at 5-0.

Jones and the Falcons will face Minnesota next week.