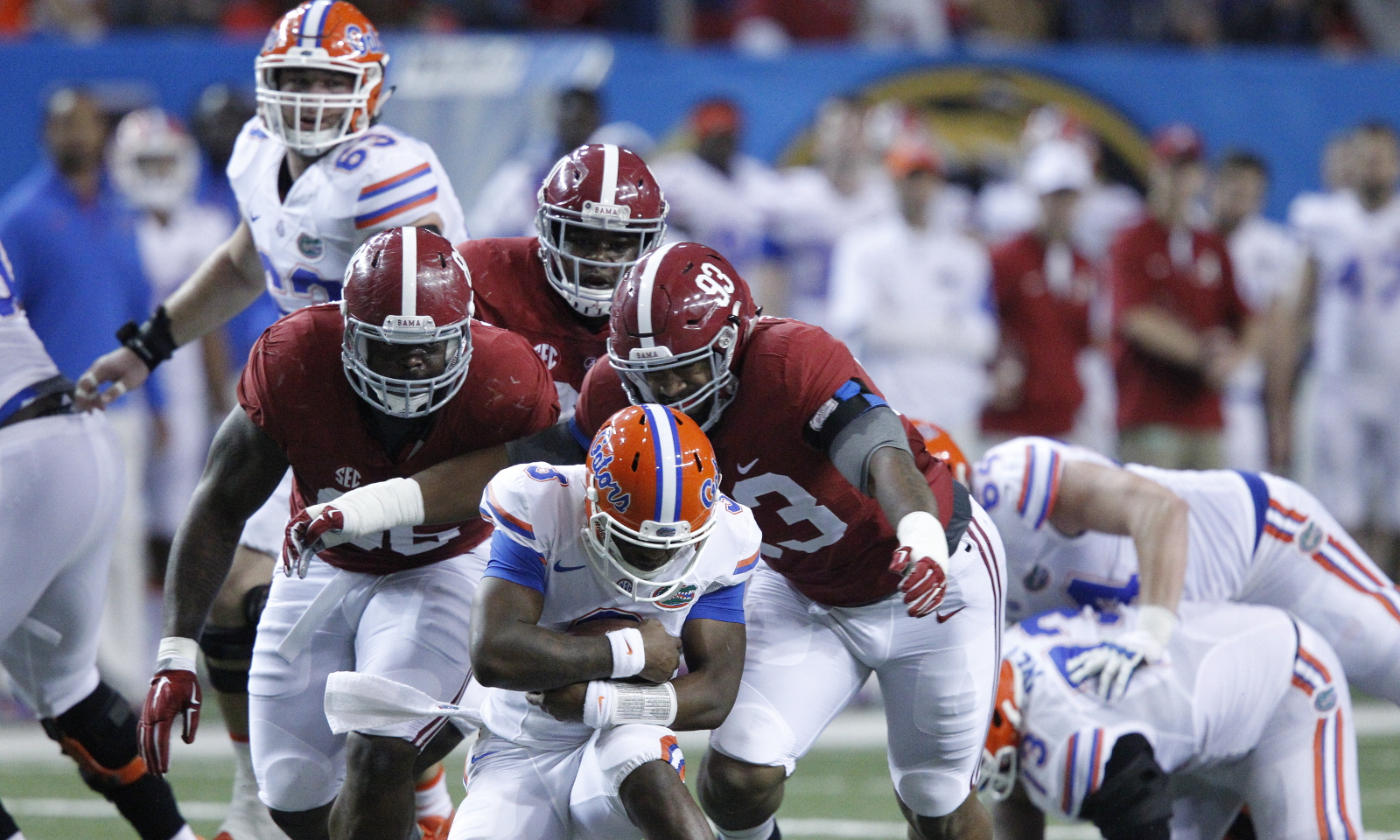 2015 was a big year for Alabama Crimson Tide defensive end Jonathan Allen. He became a household name along an already stacked defensive unit, recording 36 total tackles, fourteen and a half of them going for a loss as well as twelve sacks.

Allen’s monstrous season caught the eyes of many NFL scouts and draft experts, some predicting him to join A’Shawn Robinson and Jarran Reed in the first round. Alabama had seven draft eligible juniors this season, including Allen, which worried many fans of how much depth the Tide would lose next year. Of those seven, only two will not be returning to Tuscaloosa, defensive tackle A’Shawn Robinson and Heisman winner Derrick Henry (Tight end O.J. Howard still deciding).

On Saturday afternoon Alabama faithful received some great news, via his Twitter account, Jonathan Allen hinted that he would be returning for his senior season, keeping it short and sweet.

Let the hunt for 17 begin #WonAsOne

With Allen staying in Tuscaloosa, this means that Alabama’s defense has its leader for next year’s reloaded defense. Along with Jonathan Allen, the 2016 Alabama defense will return safety Eddie Jackson, who had six interceptions in 2015, elite pass rusher, Tim Williams, linebacker Reuben Foster and defensive end Ryan Anderson. Not to mention the youth of cornerback Marlon Humphrey, defensive back Minkah Fitzpatrick, defensive end Da’Shawn Hand and outside linebacker Rashaan Evans.

Alabama’s defense was heralded as the best in the country in 2015 and with this announcement from Allen, they may be able to hold that title in 2016.