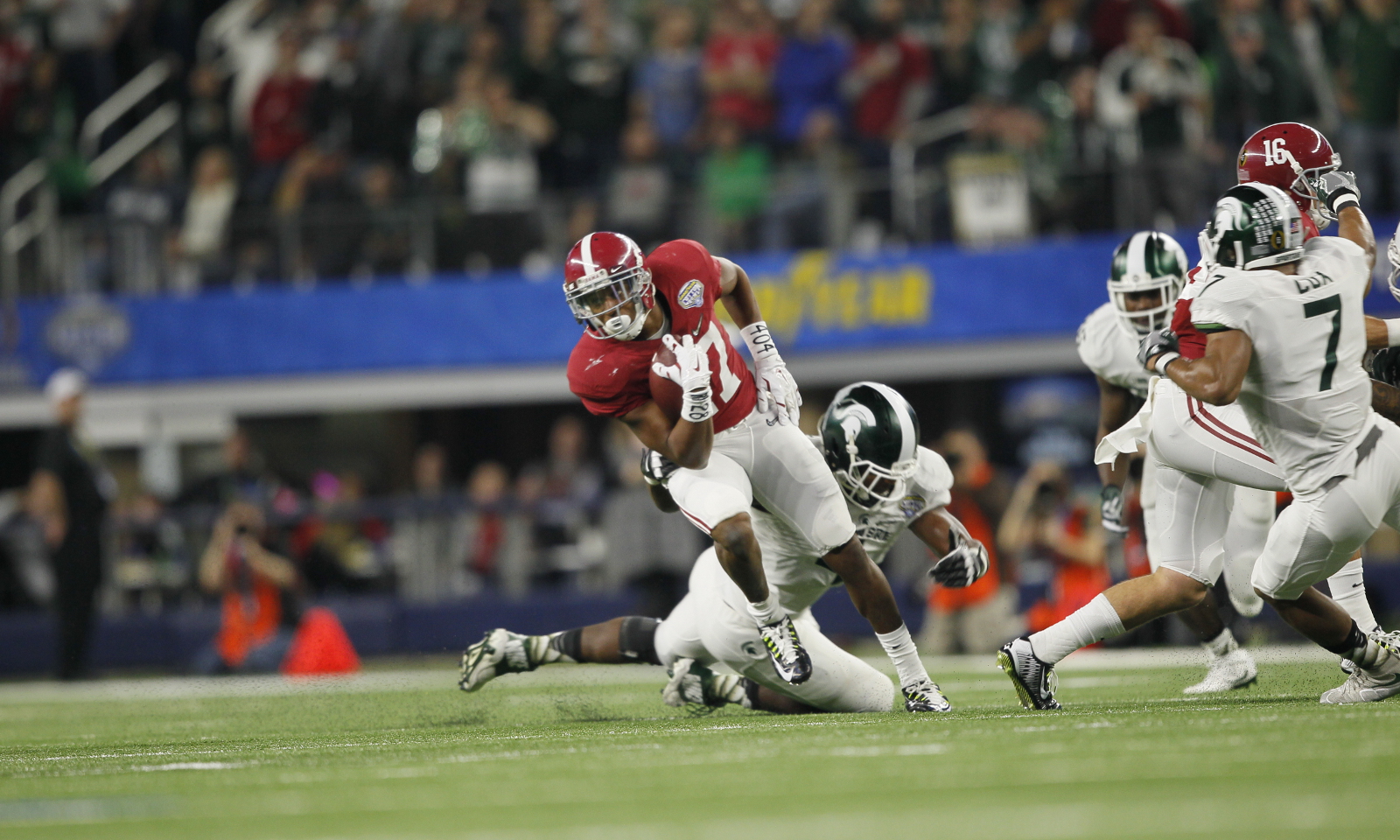 It has been a tough time for Michigan State athletics, and one former Alabama player is loving every minute of it.

Crimson Tide star Kenyan Drake took to Twitter on Jan. 1, expressing his excitement after the team’s 38-0 win over Michigan State in the Cotton Bowl back on Dec. 31, 2015.

Which was the worse flop? 🤔🤔

Alabama’s “roadrunner” had four carries for 60 yards in that match-up, yet saved his latest jab for the court. Spartans’ head coach Tom Izzo and company entered Friday’s meeting with No. 15-ranked Middle Tennessee State as a No. 2 seed.

Michigan State trailed the entire game and ultimately fell 90-81, making it one of the biggest upset in NCAA Tournament history to date.

Wait… Michigan State flopped again? 🤔 y'all gotta chill with that

Whether it is the curse of playing Nick Saban or Drake’s lust to attack Michigan State, the Spartans were bounced in the first round of the College Football Playoff and March Madness.