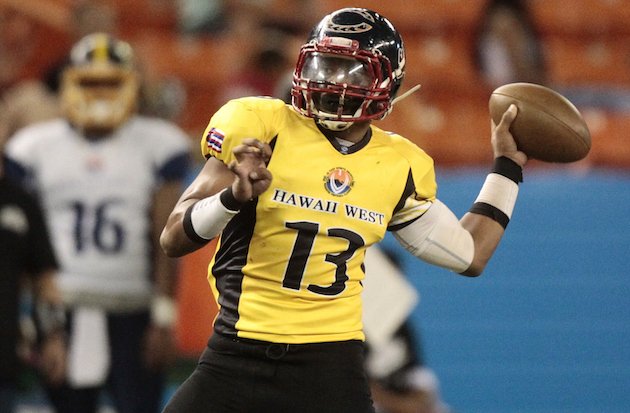 Tua Tagovailoa, a four-star dual-threat quarterback prospect from Honolulu, Hawaii, will announce his decision soon according a tweet by Tagovailoa.

Taking time and praying on a decision. I will make my official commitment on May 2nd🗓 Thank you to everyone in support of my decision🙏🏼

Tagovailoa will tweet his decision on May 2, next Saturday. Alabama and Auburn are expected to be finalists along with Ole Miss, which were the three SEC schools he took visits to in the recent weeks.

It has also been reported that Texas A&M and USC are to make the cut for the 6’2″, 215 pound prospect. After losing Jake Fromm, the nation’s No.3 pro-style quarterback to Kirby Smart and Georgia, Alabama has been on the hunt for a 2017 QB and has not had much luck finding one. Tagovailoa has become a priority for the Crimson Tide and he has expressed his high interest in taking his talents to Tuscaloosa, which could be a great sign.