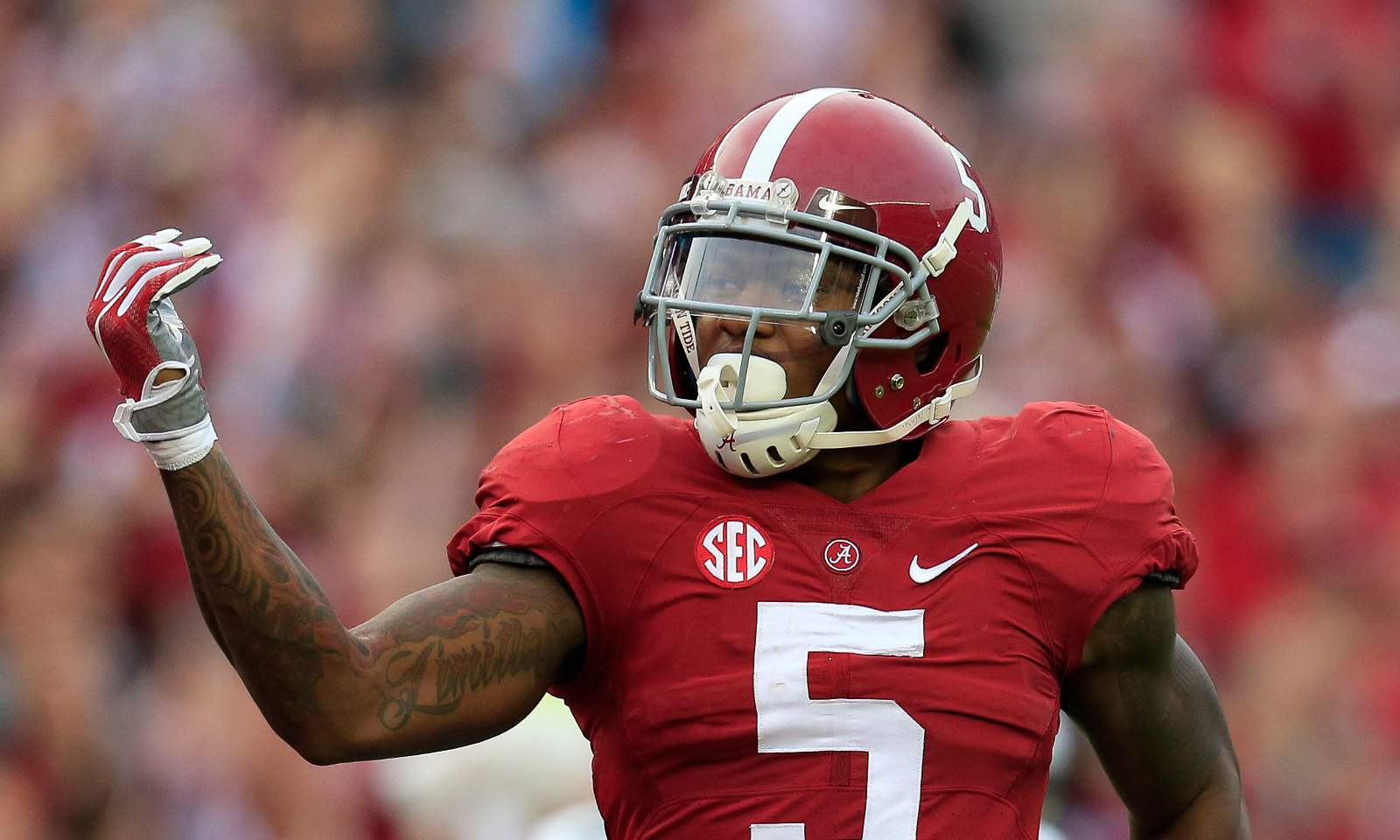 It’s been a strong offseason for Cyrus Jones, as the second round pick has impressed New England’s head coach Bill Belichick, his staff and others through multiple training sessions.

He was named one of 12 standouts at Patriots’ mandatory minicamp two weeks ago, per New England Sports Network—after intercepting a pass of quarterback Jimmy Garoppolo and displaying a sound technique on punt returns. The site singled out Jones as someone who can make an immediate impact as a primary punt returner and a starter at the slot cornerback position.

In addition to his play on the field, he has embarked upon being a leader in the community.

The former Alabama star went to Boston Children’s Hospital on Tuesday with a couple of teammates. Jones brought smiles to many faces while he signed footballs, took pictures and hugged children. He shared one of the photos on social media, captioning it “It’s bigger than football… #BeABlessing.”

Jones was nothing short of spectacular during his tenure with the Crimson Tide. He recorded 106 tackles, 7.5 tackles for loss, a sack, 25 pass breakups, four forced fumbles and seven interceptions as a three-year starter (2013-15) on defense. As for special teams, Jones emerged his senior year with 530 punt return yards and four touchdowns. His 57-yard punt return touchdown against Michigan State (Goodyear Cotton Bowl) put the Tide in position to play for a national championship.