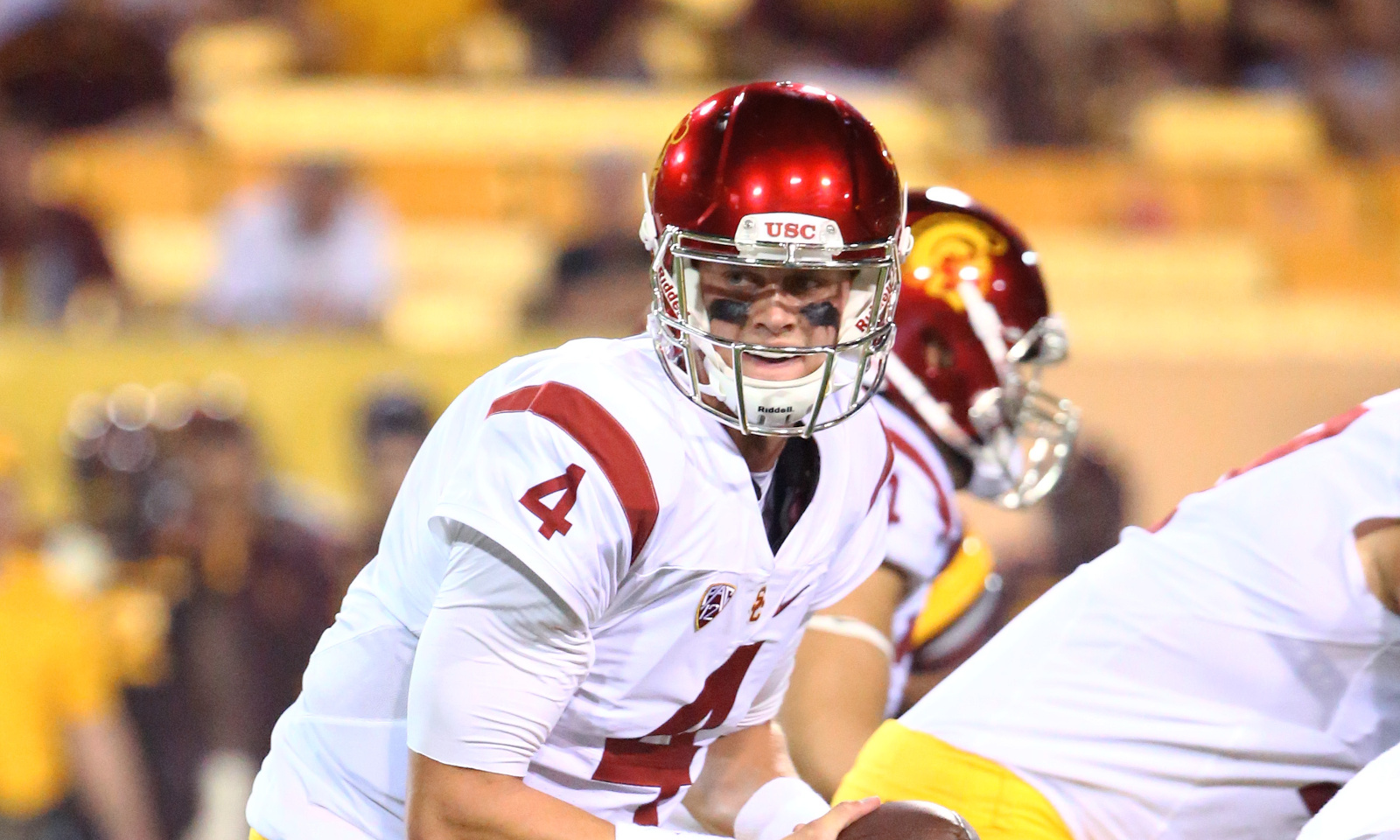 While Nick Saban continues to let Alabama’s quarterback situation play out, head coach Clay Helton already knows who he will appoint as Southern California’s trigger puller to open the season.

According to a tweet from ESPN’s College Football insider Brett McMurphy, Helton has named redshirt junior Max Browne as the starter for USC against Alabama on Sept. 3 at AT&T Stadium.

He completed eight of 12 pass attempts for 113 yards. The 6-foot-5, 220-pound quarterback is taking over for the departed Cody Kessler. Kessler, who played from 2011-15, accounted for 3,536 passing yards with 29 touchdowns to seven interceptions in 14 games a year ago.