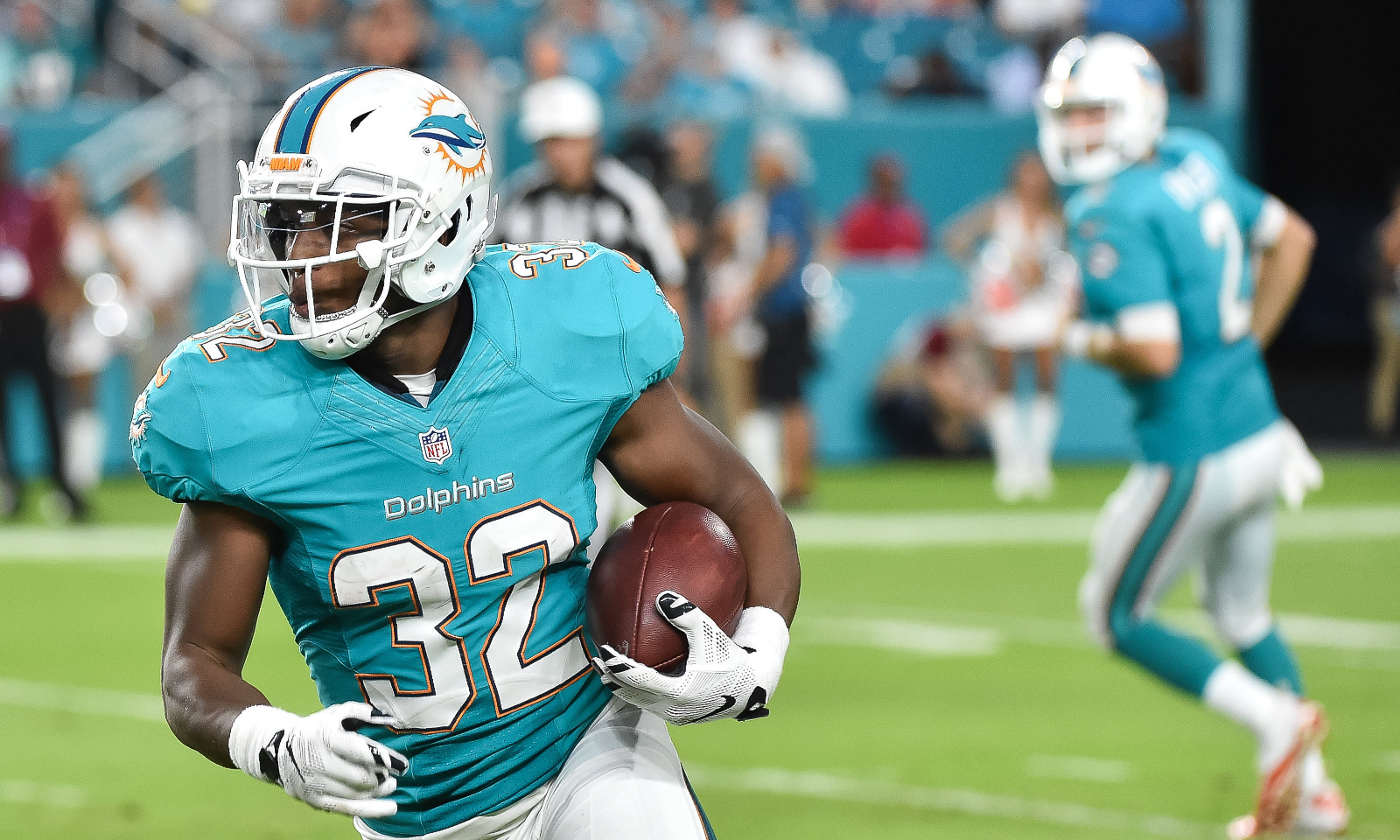 Ex-Crimson Tide running back Kenyan Drake recorded his first NFL touchdown for the Miami Dolphins in Sunday’s game against New England. He found the end zone from seven yards out, following Miami’s offensive line along the right side. His score came with 6:11 left in regulation, cutting the Patriots’ lead to 31-24.

He touched the ball four times for 18 yards.

The Dolphins took Drake in the third round (70th overall pick) of this year’s NFL Draft, after he totaled 1,189 all-purpose yards and three touchdowns as a senior at Alabama in 2015. He took a 95-yard kick for a touchdown against Clemson, helping the Tide win a College Football Playoff national championship.

He endured multiple injuries in college, but earning that first NFL score was worth it.