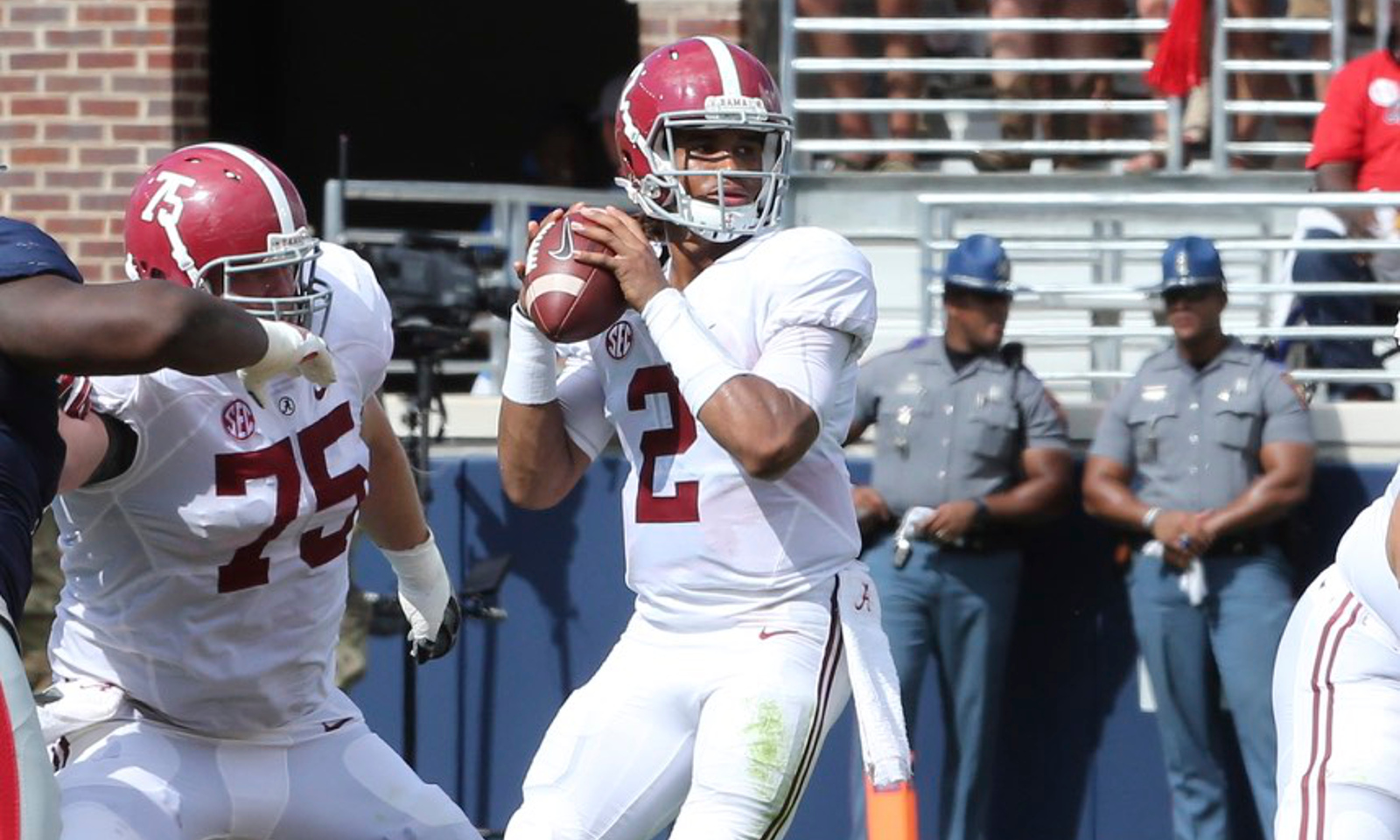 Though his talent and attitude has won over coaches, players, fans and media personnel, this is simply the tip of the iceberg. Alabama quarterback Jalen Hurts was named to Davey O’Brien’s “Great 8” quarterbacks list for a second time on Monday, after a solid outing last week in the Crimson Tide’s 48-43 win over Ole Miss.

The 6-foot-2, 210-pound true freshman displayed unshakable poise at Vaught-Hemingway Stadium and despite taking a shot from Rebels’ linebacker Marquis Haynes, Hurts responded with 304 total yards and engineered five scoring drives. He became the second Tide quarterback since Tyler Watts (2001) to pass and rush for 100-plus yards in a game, while being the first signal caller under Nick Saban to accomplish the feat.

Hurts, a native of Channelview, Texas, led both team in rushing (146 yards) and threw for 158 yards on 19 of 31 attempts. He and Alabama will host Kent State on Saturday inside Bryant-Denny Stadium at 11:00 a.m.