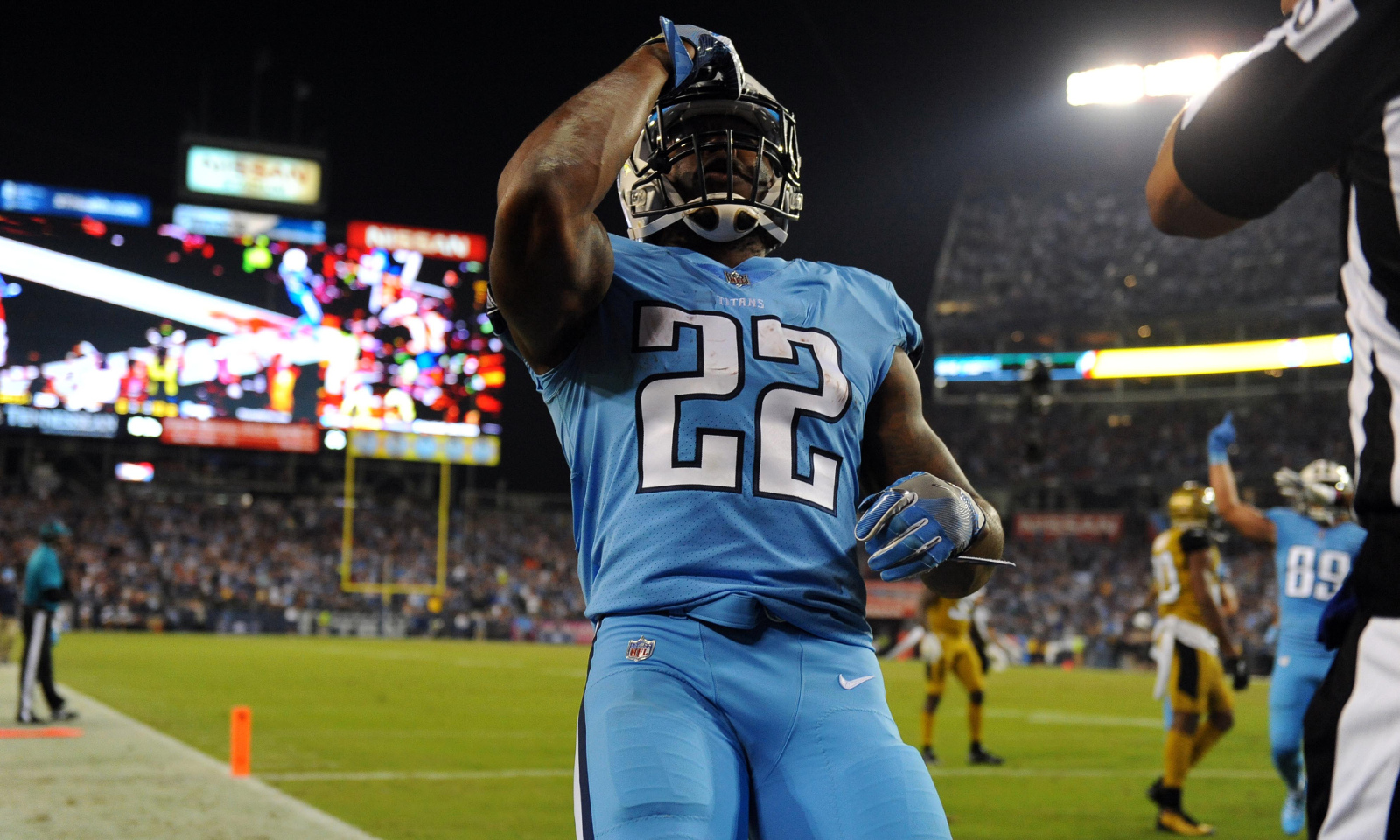 He has yet to total a 100-yard rushing game, but Derrick Henry’s work ethic and team chemistry in the locker continues to impress Tennessee Titans head coach Mike Mularkey and his staff.

Henry and the Titans faced Jacksonville and the Heisman winner’s former teammate at Alabama, T.J. Yeldon, on Thursday Night Football. The 6-foot-3, 247-pound back got the better of Yeldon, totaling 60 yards rushing and a touchdown on 16 carries. His first-ever score in the pros came on a 6-yard run in the second quarter.

He averaged 3.8 yards per carry, while grabbing four passes for 37 yards. Despite a 3-4 start, its 36-22 win over Jacksonville still positions Tennessee for an opportunity at a playoff run. It hasn’t been involved with postseason action since 2008, however, the development of Henry along with Marcus Mariota and others—gives it a strong case to make a push. Henry has 221 yards rushing and 107 yards receiving this season.