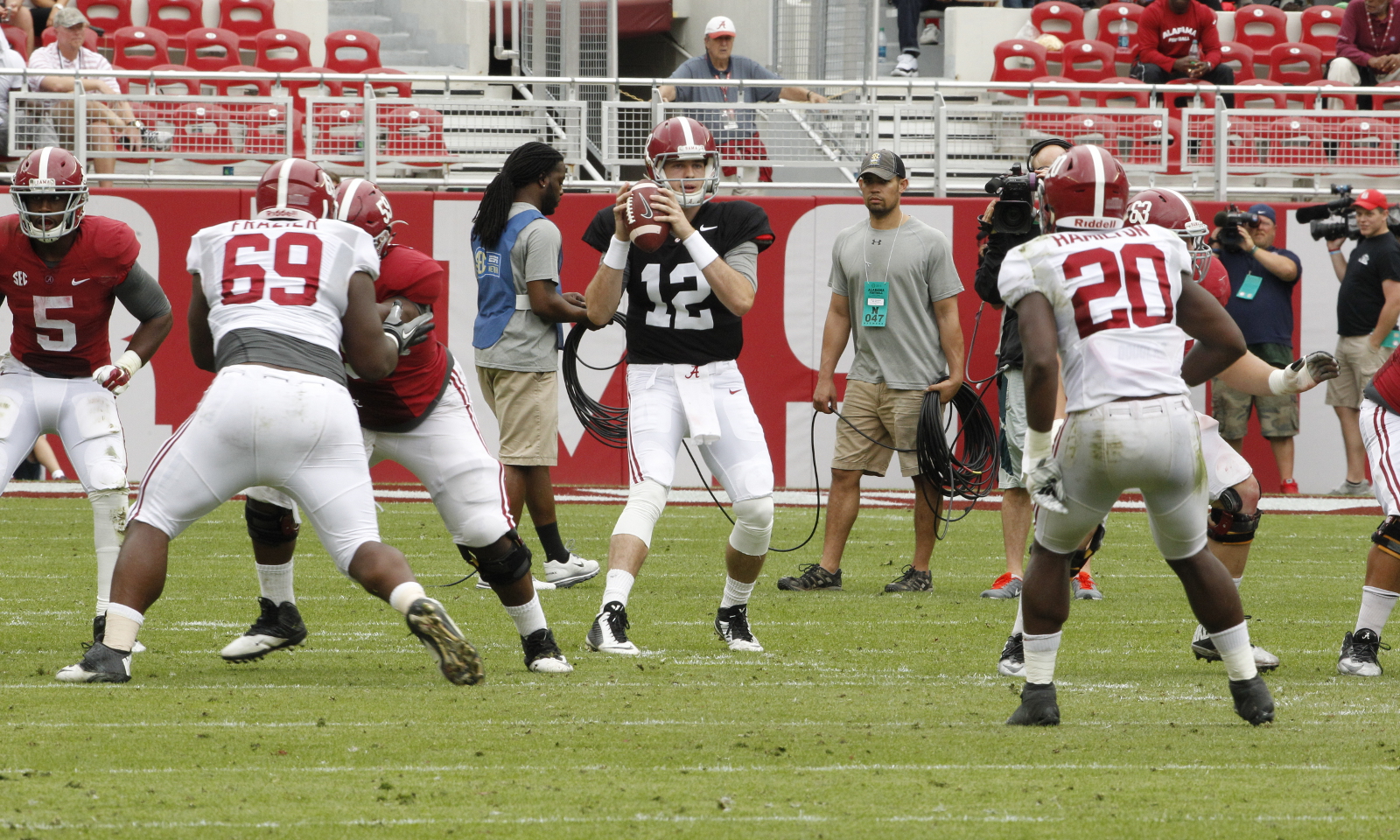 David Cornwell has finally revealed where he will spend his final two years of eligibility playing football. At around 3:30 pm ET, Cornwell had this to say on Twitter:

With great excitement, I’m transferring to @unevadareno! Dream is to play and contribute at @nevadafootball w/last two years of eligibility.

The 6’5 228-pound redshirt sophomore from Norman, Oklahoma had spent the year as Alabama’s third-string quarterback. He did see the field earlier this season, but he never attempted a pass or recorded any statistics.

Cornwell graduated from Alabama back in December, and that means that he will be immediately eligible to play for the Wolfpack. He is the third quarterback to transfer from the Alabama program this season — Blake Barnett (Arizona State) and Cooper Bateman (unknown). Injuries have taken their tole on the former four-star, but he still has the talent to make a significant impact in Reno.