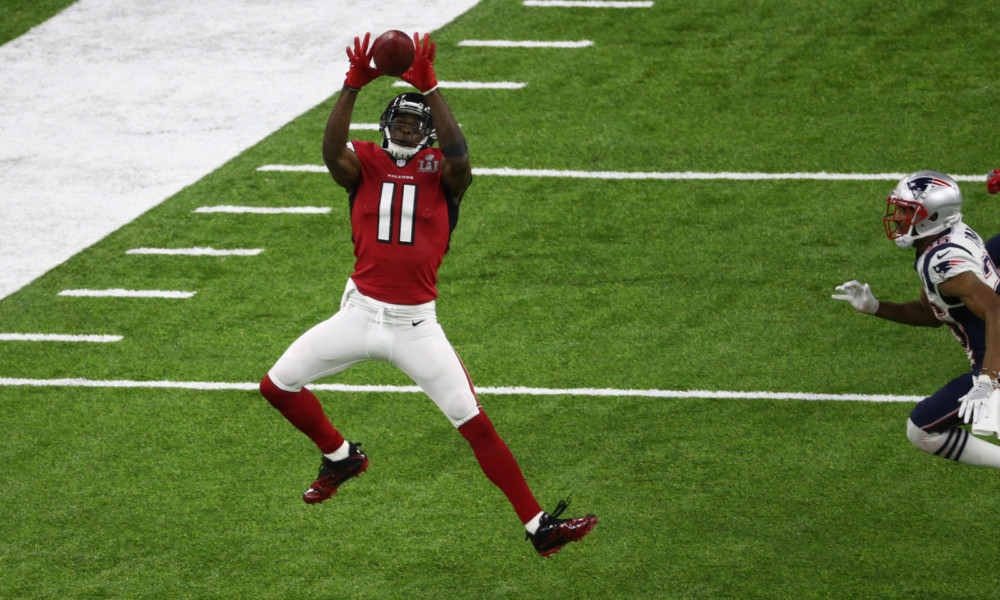 Fans of the Atlanta Falcons and Alabama Crimson Tide are both excited.

Jones was second in the National Football League in receptions (83) and yards (1,409) behind Indianapolis Colts’ superstar, T.Y. Hilton. The 6-foot-3, 220-pounder totaled six touchdowns, while aiding quarterback Matt Ryan to winning both the league’s Offensive Player of the Year and Most Valuable Player of the Year.

Jones guided Atlanta to an NFC Conference championship and a berth in Super Bowl 51 versus the New England Patriots. Questionable play calling led to a 34-28 demise for the Falcons in overtime; nevertheless, Jones was an impact player. He frustrated New England’s secondary, snatching four passes for 87 yards.

Per Kelsey Conway of the Atlanta Falcons, Jones’ surgery went well and the two-time All Pro receiver is expected to be with the team at the start of XFINITY Training Camp.

Surgery was a success! Thanks to all that prayed for me #jetlife #blessed?