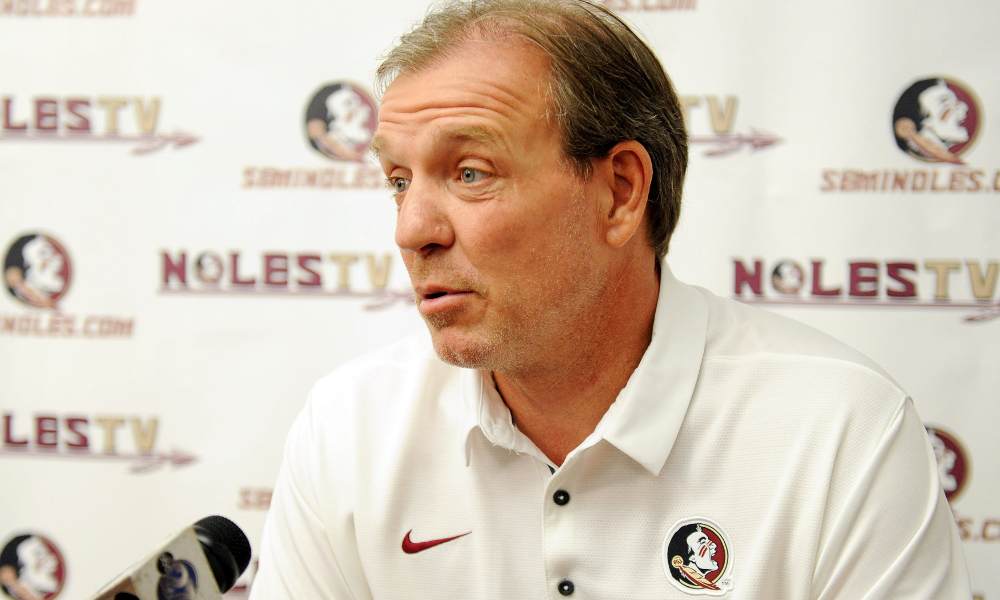 The 2017 College Football season officially begins tomorrow with a slate of lesser-known games. The real fun begins next weekend with a slate full of games and a grand finale nightcap between the Florida State Seminoles and the Alabama Crimson Tide. Already one of the most hyped week one match-ups in a long time, the primetime game is sure to draw a lot of eyes and incredible ratings.

Both sides have remained relatively quiet on the showdown, showing nothing but a high level of respect to their opponents. That is, until today. Florida State University president, John Thrasher, broke the mutual silence like nails on a chalkboard.

“I don’t want to talk too much trash,” said Thrasher, “but I think we are going to beat Alabama pretty bad next week. I really do.”

ESPN – who will be broadcasting the game – had a little fun on their College Football Twitter page with it:

Players from opposing teams have called out the Crimson Tide numerous times in the past, usually to their own demise. It is likely Seminoles’ head coach, Jimbo Fisher, would rather his president not have said this. However, it is too late now. All they can do is try and have some fun with it. It will be interesting to see he and Saban’s response to this trash talk this week.

One thing is for certain, however: it will be posted all over Alabama’s weight room by the week’s end. Scott Cochran loves to use these quotes for a little extra motivation before the game. With as much fanfare as this game already has, though, it is unlikely they’ll even need it.

Jake Weaver is a lead writer for TD Alabama Magazine and Bama Hoops Hype. You can contact him via phone at 205-612-5060 or on Twitter @JWeaver_TDALMag