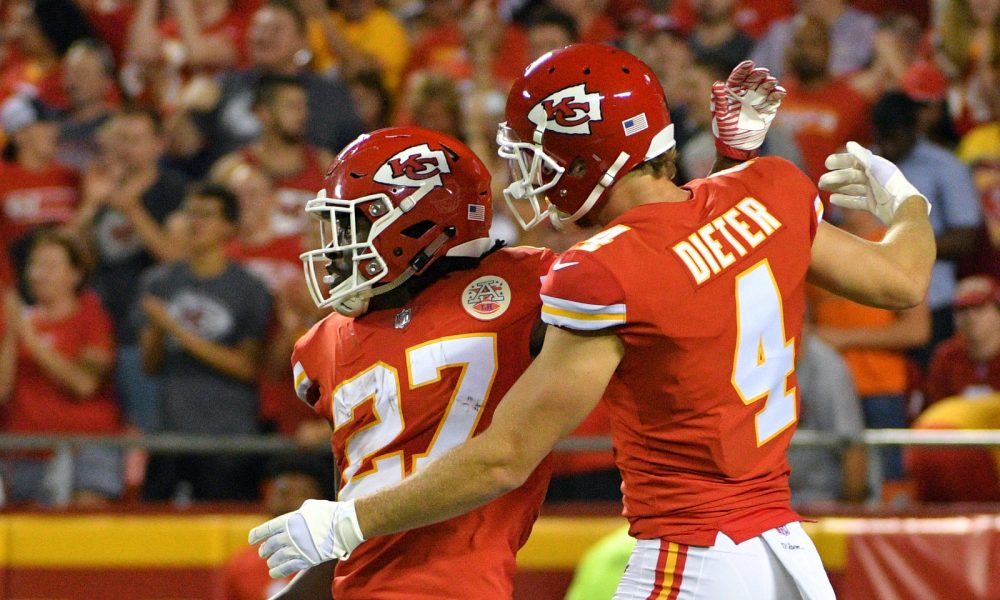 The nickname “sheepdog” given to him by Kansas City’s head coach Andy Reid is slowly growing on undrafted rookie Gehrig Dieter, but it’s been his work ethic as a player that has earned the appreciation of both Reid and Dieter’s teammates so far during NFL preseason.

Although Seattle got the better of the Chiefs on Friday with a 26-13 win at home, the former Alabama and Bowling Green wide receiver proved once again why it was necessary for Kansas City to sign him. Dieter led the team in receptions (three), receiving yards (42) and longest catch (22 yards), while averaging 14 yards per reception.

All three of his plays came in the fourth quarter, including two grabs from quarterback Tyler Bray that resulted in first downs.

He developed a friendship with Patrick Mahomes II, and should Alex Smith leave after this season – the combination of Mahomes and Dieter could become prolific. During his lone year at Alabama in 2016, he served in multiple roles.

Dieter brought in 15 passes for 214 receiving yards and four touchdowns, along with blocking in the rushing attack and lining up on special teams. He was one of few players to win a conference championship at two different schools, and in 2015 he became one of three receivers in Division I (FBS) to record at least 90 catches for 1,000 yards and 10 touchdowns.