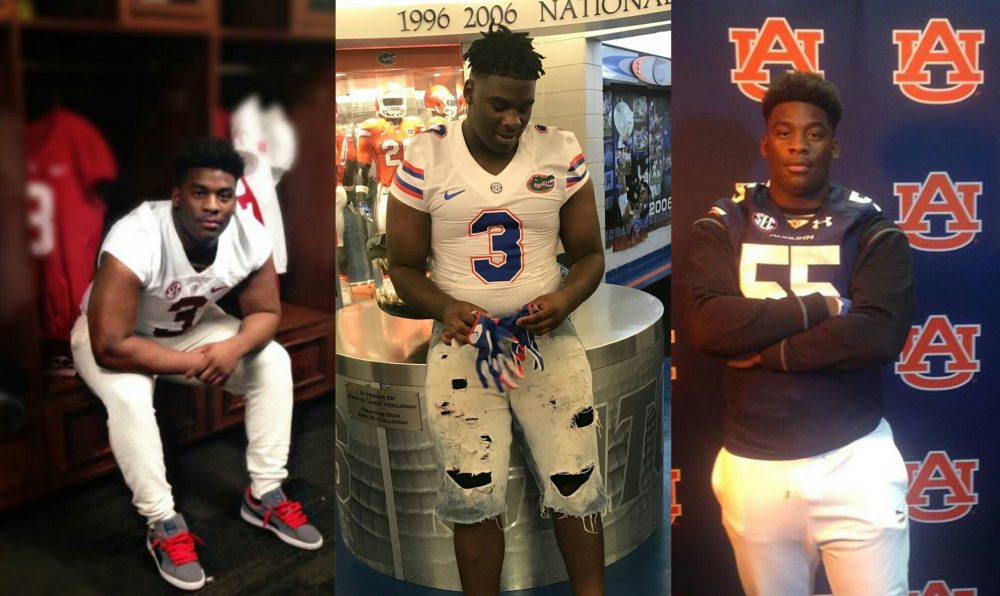 4-Star DT, Coynis Miller, has set his Commitment date for Oct. 14. He is going to be choosing between Alabama, Auburn and Florida.

Save the date October 14 ill be committing to one of the universities listed below
•instagram @junior256_
•[email protected] pic.twitter.com/fn0cLTp0Pd

Oregon was in the mix earlier, but have obviously fallen out of Miller’s top school list.

Miller is an extraordinary talent at 6’0″ 300 pounds. He is arguably one of the most athletic defensive linemen in the 2018 recruiting class.

He is a 4-Star recruit according to most recruiting outlets. ESPN has him listed inside of The ESPN 300 and as the No. 7 player in the state of Alabama.

This guy is an agressive linemen that can fire off the line with a vengeance. Once you are in his grasp; there is no way you are getting away.

Another part of his game that is very impressive is his speed. Surprisingly, he lines up as the quarterback for his team from time to time in the wildcat formation. There he uses his huge size to run with power and tenacity.

With a commitment from Miller, Alabama will have a total of 12 players in their 2018 recruiting class. He will be their 8th 4-Star commit.

The Crimson Tide have yet to land a 5-Star recruit, but there are still some on the board that are considering The Tide.