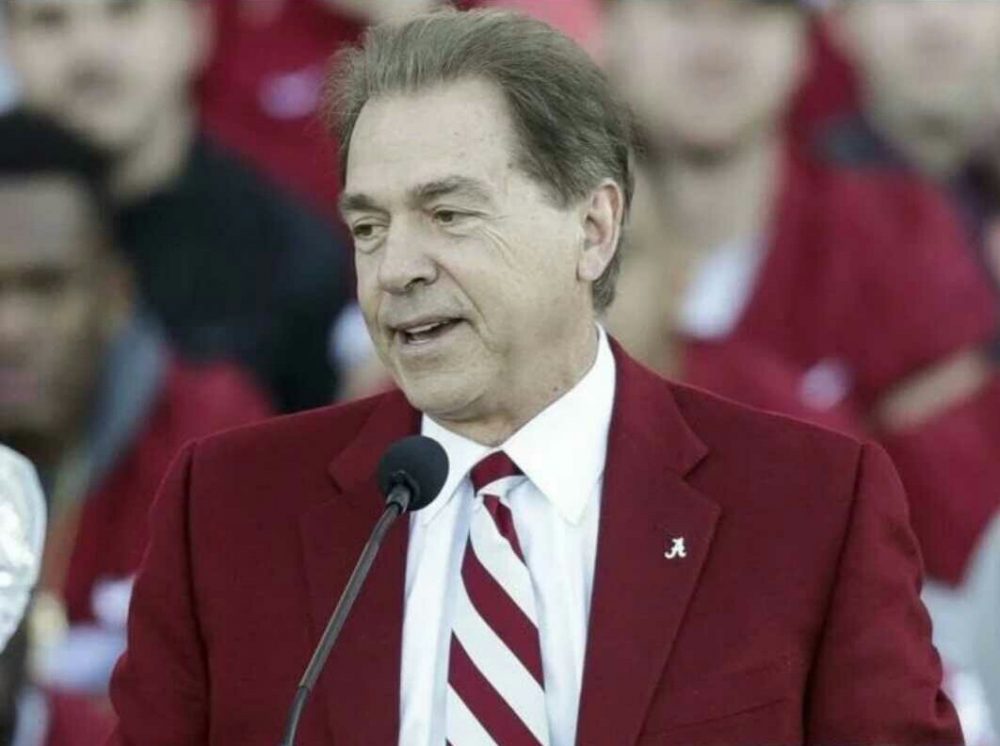 The Alabama Crimson Tide took a trip to Washington, D.C. to visit President Trump on today and Saban made sure that the visit did not distract him from his coaching duties.

Nick Saban tells me he called recruits from the White House.

Nick Saban spent some of his time on the visit calling recruits according to a tweet from CNN reporter, Kaitlan Collins.

Saban is the perfect opportunist when it comes to recruiting. He never miss out on an opportunity to connect with recruits and show them what they can experience as a member of the Alabama football team. Minutes after their national championship victory, Saban called then Alabama target, Jacob Copeland.

Alabama has been on fire lately on the recruiting trail and it has been in large part do to Saban’s intensity. Only time will tell if his latest recruiting move hits home with some Alabama targets.