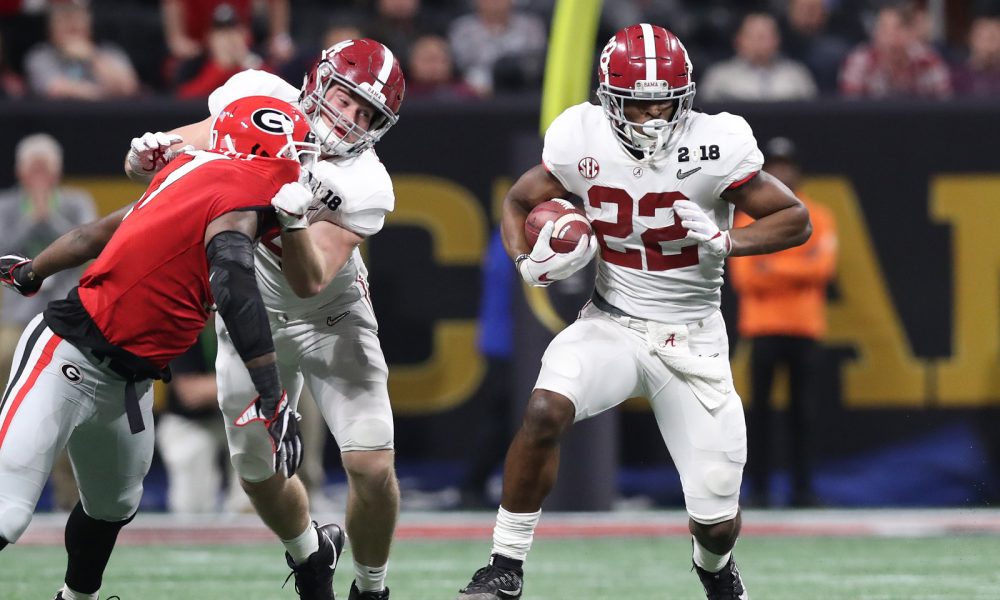 Transfers have become common year after year. After getting injured in 2017 and losing the starting quarterback job, Jacob Eason decided to transfer and in this past offseason, two Alabama offensive linemen decided to transfer as well. Alabama has been hit by transfers throughout the years. The main reason is that players want to play football and are looking for an opportunity.

Alabama could have been hit even harder by the transfer rule. According to an article from the San Francisco Chronicle, Alabama running back, Najee Harris contemplated leaving the Crimson Tide football program last year after his freshman season due to sparse playing time.

Najee Harris came to Alabama as the top running back in the country. If he went to any other school, he would play immediately and could have started. However, at Alabama, it is a running back by committee and you have to be patient. Harris flew home to discuss the idea of transferring with his trainer and close family friends but they advised against it. Harris’ trainer Marcus Malu told him there’s not another school that will prep him and give him the competition to prepare him for the NFL. While Harris chose to stay at Alabama due to Alabama’s success in molding players into future NFL stars.

While Harris did play in all the games during the 2017 season, it was not until the end of the game he got carries and he had to play behind Damien Harris and Bo Scarborough. It was in the Georgia game that Harris finally got to show why he was the number one running back in the nation when he led the team in rushing and helped create one of the most memorable comebacks in Alabama football history.

With Bo Scarborough leaving early for the NFL draft, Damien Harris will continue to be the number one back but Najee Harris will get playing time and could be the next Alabama star running back in the making. Harris states it was hard not being on the field playing but he has grown from it and after meeting with Nick Saban and Burton Burns who told him how he needs to improve and that he’ll be playing a lot this year look for the younger Harris to open up as the number two back this fall.

Najee Harris will finally have his shot and after facing all the mental challenges and showing his toughness he is ready to prove why he was the highest-ranked player in Alabama’s recruiting class from 2017.