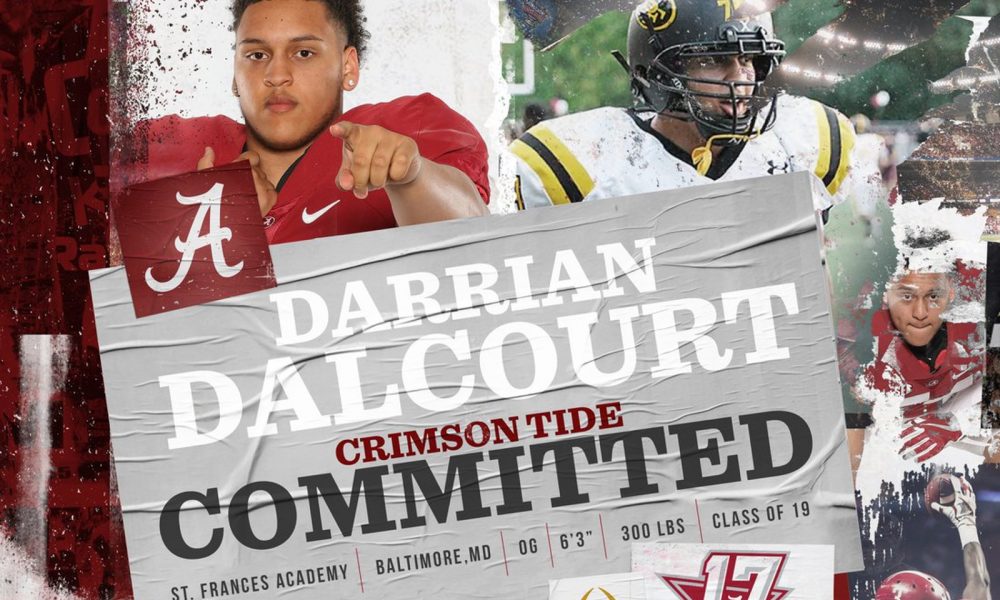 Dalcourt, who stands at 6’3” and 290 pounds, attends St. Frances Academy in Baltimore, Md., which is the same institution that produced Eyabi Anoma from the 2018 signing class.

Dalcourt joins a very talented offensive line class, headlined by names such as Pierce Quick, Amari Kight and Tanner Bowles. While Alabama still wants to be in play for Clay Webb, getting Dalcourt has placed it back in the top spot for the 2019 class. The offensive guard becomes the Tide’s 21st verbal commitment for a class in which the program can sign up to 27 players.