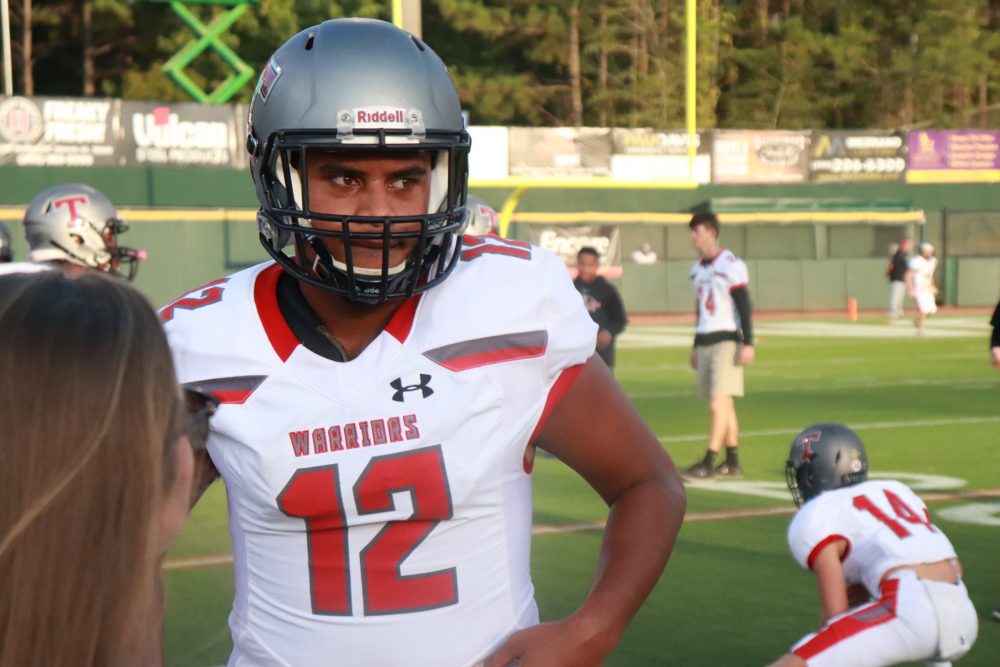 Alabama fans that are traveling to Tuscaloosa this weekend for the Tide’s match-up against Texas A&M can get a two-game treat as Alabama’s 2019 QB commit, Taulia Tagovailoa, will be in action on Friday night in T-Town as Thompson takes on Tuscaloosa County High School.

Taulia has lightened up opposing defenses this season in similar fashion to his brother, Tua. He has an impressive passing stat line this season, which currently sits at 113-of-175, 1,625 yards and 17 touchdowns through 4 games. He has led the Thompson Warriors to an impressive 3-1 record and has them sitting as one of the top high school football teams in the nation.

The only defeat that Tagovailoa and the Warriors have to their name is the one they were dealt at the hands of the then No.1 team in the state, Hoover. Tagovailoa threw for 478 yards and 4 touchdowns in that game.

Thompson is coming off a 35-21 win against Oak Mountain. Tagovailoa had 507 yards and 4 passing touchdowns in that outing. The warrior’s offense is known to let Tagovailoa sling the ball at will. Tide fans that can make out to the game will get a chance to see the young gunslinger rip it all over the field.

The game is set to kickoff at 7 p.m. at Tuscaloosa County High School in Northport, Alabama.