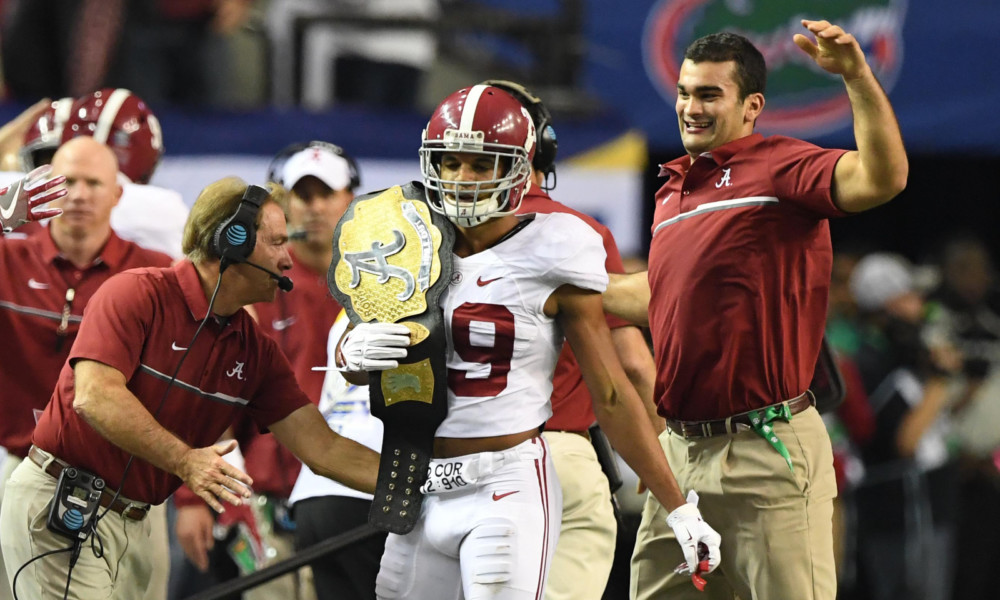 In recent years there have been awards given out to a defense when committing a turnover whether it is an interception or recovering a fumble. Different teams have shown off the awards ranging from LSU’s backpack to Georgia’s golden spike pads. People at times are not familiar with where it started but have linked it to Miami with the turnover chain from last year. However, it was not Miami who began this tradition but it was Alabama in 2015.

Linebacker Mack Wilson cleared up the confusion with a tweet stating that Alabama started the turnover deal with the original turnover belt. In 2015 with an almost completely new secondary that moved Eddie Jackson and Geno Matias-Smith into the safety position. Cyrus Jones returned to be the leader of the secondary and start at one cornerback but Marlon Humphrey and Minkah Fitzpatrick were the new corners in the base and nickel and dime package.

The Ball Out Belt first appeared in 2015 and was given to a defensive player that attempts to strip the football or knock the ball down and cause turnovers. The belt began in spring of 2015 and has become a staple of the Alabama sideline with the belt going from different players in the event of a big defensive turnover.

What Alabama has started in 2015 has become a common sight throughout college football but it is important to remember where the turnover trophies came from. Miami might have a pretty amazing chain that can be worn but Alabama players will continue to display that huge wrestle belt after a big turnover.