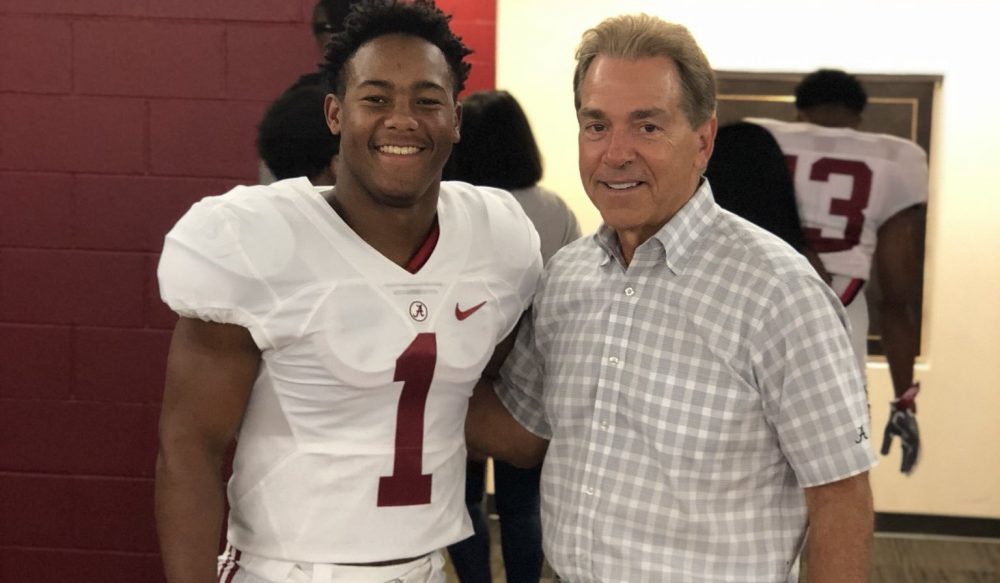 I will be committing November 1st for my cousins birthday! #LongLiveShanna ❤️

He will make his decision on Nov. 1. Robinson is listed on most recruiting sites as an all-purpose back, but the Tide has plans to use him in a similar role to Josh Jacobs, Jaylen Waddle, and to former Alabama running back, Kenyan Drake.

He took an official visit to Alabama on Sept. 21-23 and visited Ohio State the following weekend. The Tide has gotten Robinson on campus two times and a span of three months and has expressed they would love to land him. A commitment from him will give the Tide 22 commits in their 2019 recruiting class. He would be their fourth offensive skill player commit that is not a quarterback.

The Tide would be getting an all around player in Robinson if they could snatch him out of Kentucky. He can make plays in every aspect of the game, including on defense and on special teams

Touchdown Alabama Magazine will keep you updated on Robinson’s decision and recruitment.