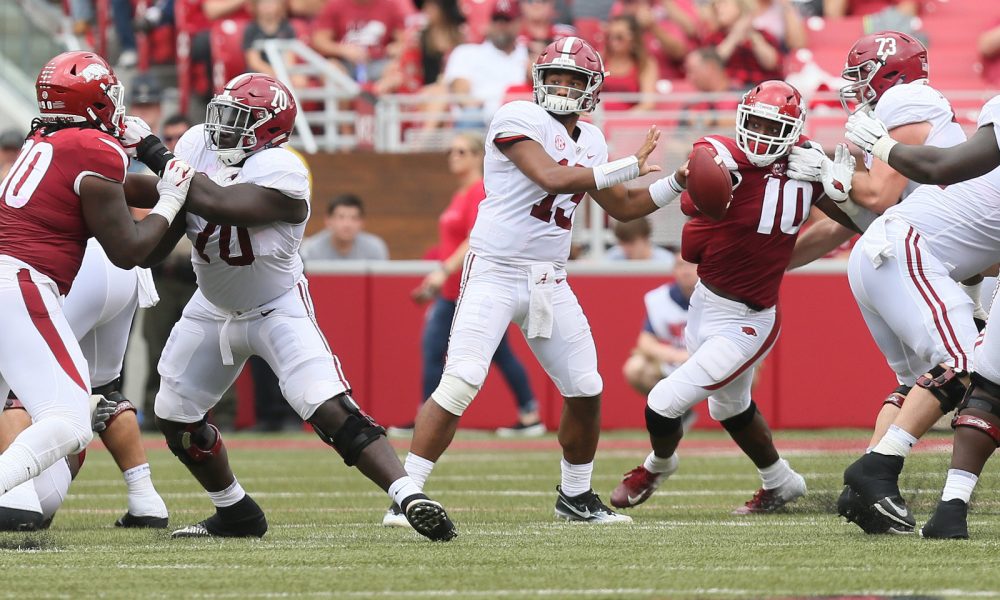 He has taken over a few statistical categories in the University of Alabama football record book and is regarded as the leader in this year’s Heisman race; however, sophomore quarterback Tua Tagovailoa is nearing the Crimson Tide’s single-season mark for touchdown passes.

Former Tide star AJ McCarron currently holds the mark of 30 scoring tosses, dating back to Alabama’s 2012 national championship season. He has not been featured in the fourth quarter through six games, but Tagovailoa has maximized his efforts in the first three periods of action.

His quick strike abilities and command of this offense has him at 1,495 passing yards, a completion percentage of 75.2 percent, 18 touchdowns and a passer rating of 258.40.

The native Hawaiian faces a defensive secondary tonight in Missouri that allows 237.3 passing yards per game, while only registering two interceptions. Tagovailoa averages 249.2 yards passing per matchup and has yet to be intercepted.