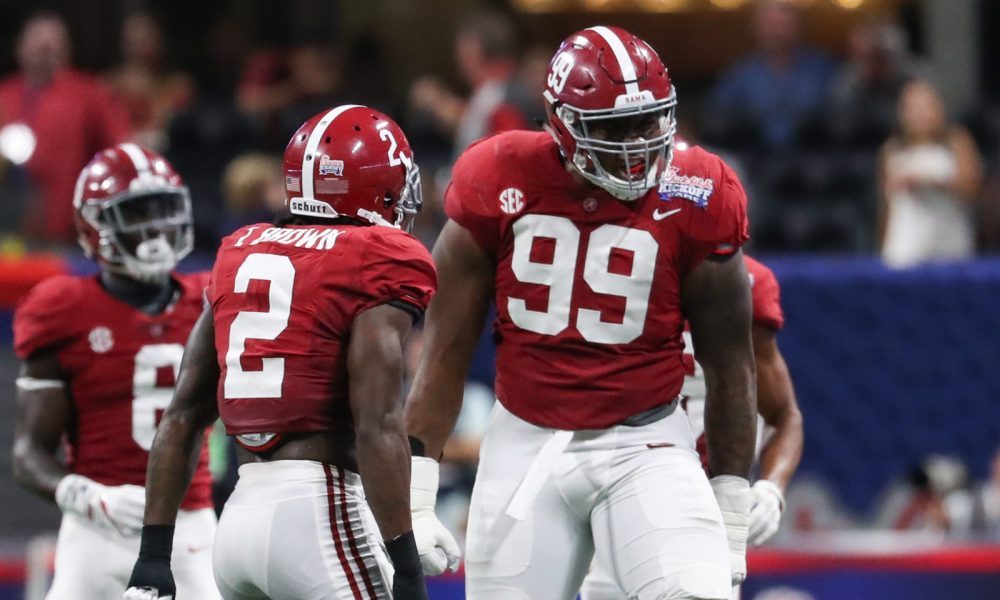 Alabama defensive tackle, Raekwon Davis, got into a bit of a scuffle with Missouri’s Kevin Pendleton on Saturday night during the Tide’s 39-10 win.

Alabama’s Raekwon Davis Throws Punches During Game Against Missouri; No Ejection From The Refs & Head Coach Nick Saban Allows Him To Stay In The Game pic.twitter.com/Y9LJOmMnvn

Davis threw several punches Pendleton’s way while both of them were on the ground. Davis took to Twitter to apologize for his actions.

“I would like to apologize to Kevin Pendleton, the Missouri Tigers, their fans, Alabama Fans, and my teammates and coaches for my actions during tonight’s game,” Davis said via Twitter. “I allowed my emotions to get the best of me and that’s unacceptable. Again I’m sorry and it will never happen again.”