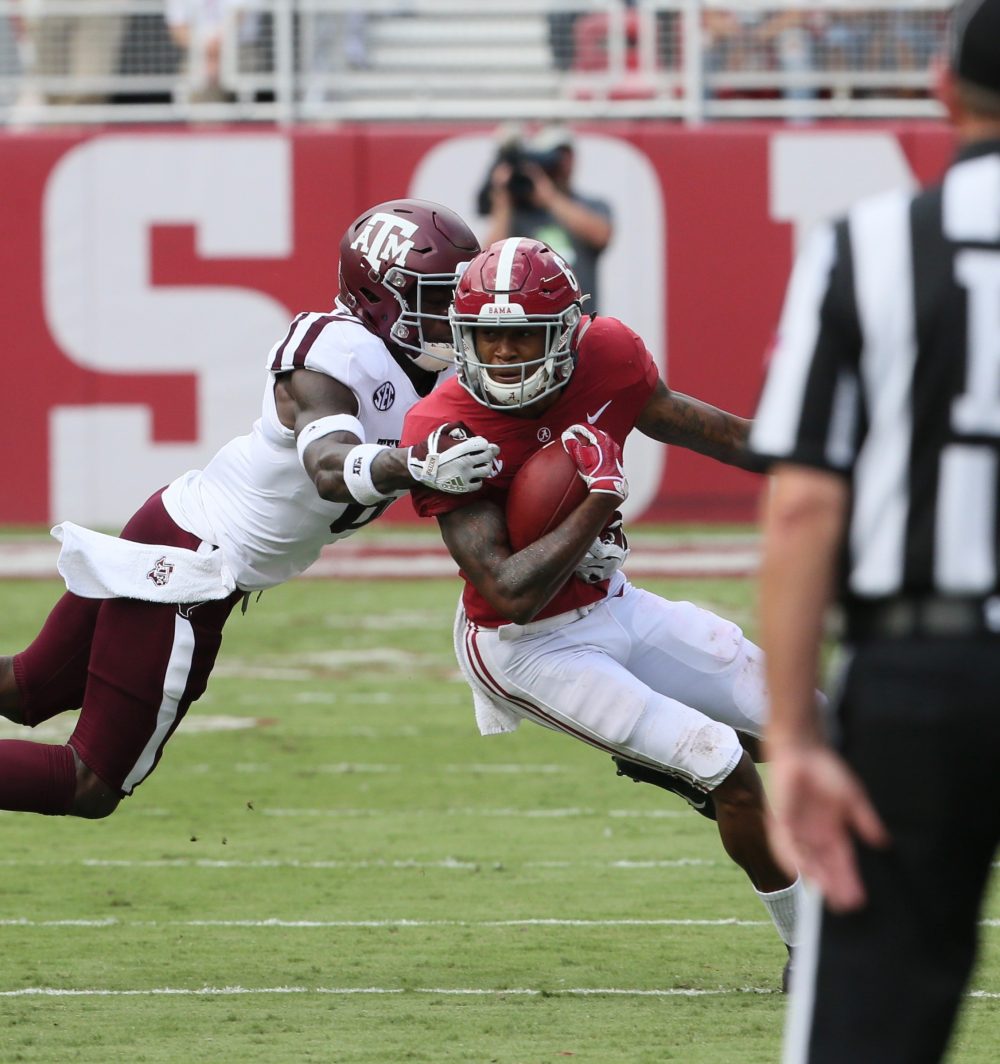 Nick Saban announced that Devonta Smith is questionable for the Tide’s game this Saturday against Tennessee.

“Smitty is the only guy, I would say that would be questionable for this game,” Saban said. “He hasn’t been able to practice this week.”

Smith has caught 21 receptions for 409 yards and three touchdowns this season. This impressive Alabama wide receiver group has put up some big numbers this season and smith has played a role in that. Saban expressed what he thought was the reason they have had much success this season.

“We have really good speed and I think those guys are very competitive,” Saban added. “I think they got really good hands and we got a pretty good system, that we have been able to utilize those things.

With Smith questionable for the game, the Tide must look down their depth chart and rely on another guy if Smith can not play. Tyrell Shavers could be the next guy up as he lead the line for X receivers this week in practice.