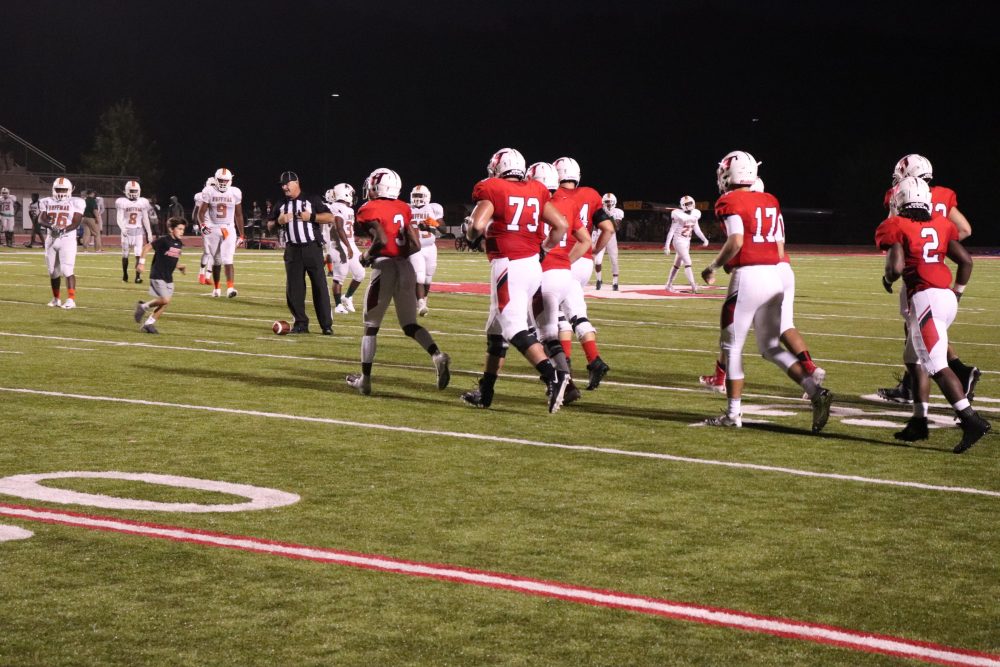 2019 offensive lineman, Rowdy Garza, received a preferred walk-on offer from Alabama on Saturday and it was a dream offer for him.

“It is amazing,” Garza said. “It is my dream school”

Garza is a product of Hewitt-Trussville. He has taken visits to Alabama on many occasions and has built a connection with the program, which was why this offer was such a huge one for him.

“I was shocked,” Garza said. “I have been up there a couple of time. I know the coaches pretty well and I was hoping some would come in. It is such a blessing to received something.”

Alabama has four verbal commitments from Hewitt-Trussville’s roster and would like to add Garza to their roster next season. Alabama’s 2019 commits, Pierce Quick and Paul Tyson, are just like brothers to Graza. He could see himself going to the next level with his brothers alongside him.

“That plays a pretty large part in it,” Garza added. “Those two guys are just like brothers to me.  They are family.”

The Huskies used Garza at the offensive tackle position on the opposite side of quick this season and he held his own. He paved the way for some explosive plays and helped protect Alabama’s next quarterback asset, Paul Tyson.