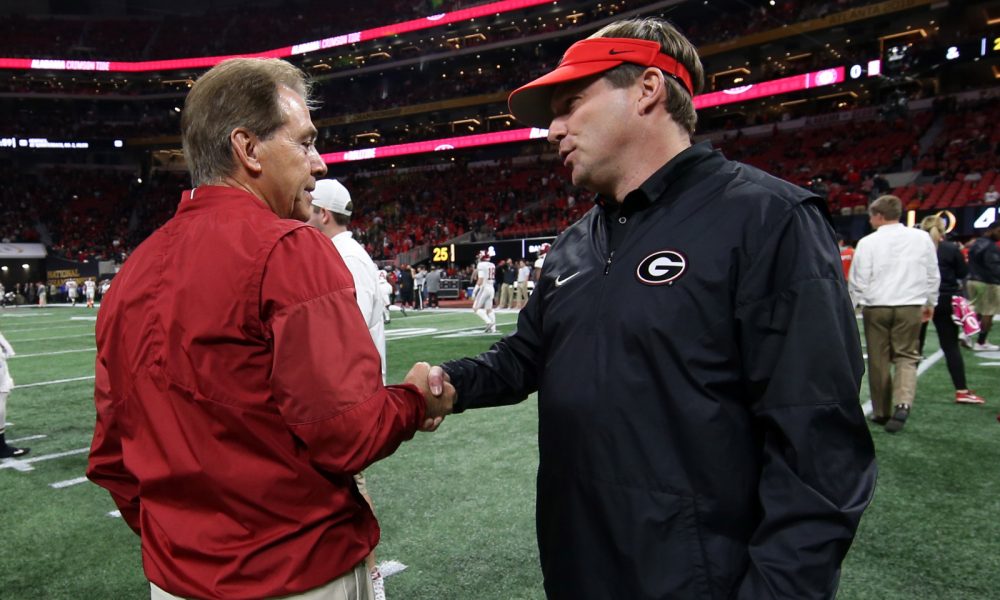 Alabama football fans have witnessed a back and forth slugfest so far today inside the Mercedes Benz Georgia Dome.

Can the Tide make the playoffs?

Tua Tagovailoa injured his ankle on Alabama’s first offensive series, but was able to return immediately. After a defensive struggle that lasted the first few drives, Georgia quarterback Jake Fromm hit his tight end Isaac Nauta over the middle for the first score of the game.

While Tagovailoa has not had his best half of football at quarterback, a lot of issues have come from receivers dropping passes. Tagovailoa did toss his third interception, though.

As momentum shifted in the direction of the Bulldogs, the Tide came out swinging.

After a big pass to Henry Ruggs lll from Tagovailoa, Alabama continued to drive. With goal to go from inside the one yard line and the jumbo package on the field, Joshua Jacobs punched it in to even the score at seven all.

Georgia would reach the end zone two more times — including a touchdown catch from D’Andre Swift — which frustated Alabama’s defense.

The Crimson Tide kept on fighting, and Jacobs scored again to make the game a one touchdown affair at the half.

Alabama will have the first offensive possession after the break, and Nick Saban and company will need to find a way to win as the Bulldogs lead the Tide 21-14.

Stay tuned to TDAlabamaMag for all your Alabama football news, updates, and analysis. Follow us on Twitter @TDAlabamaMag