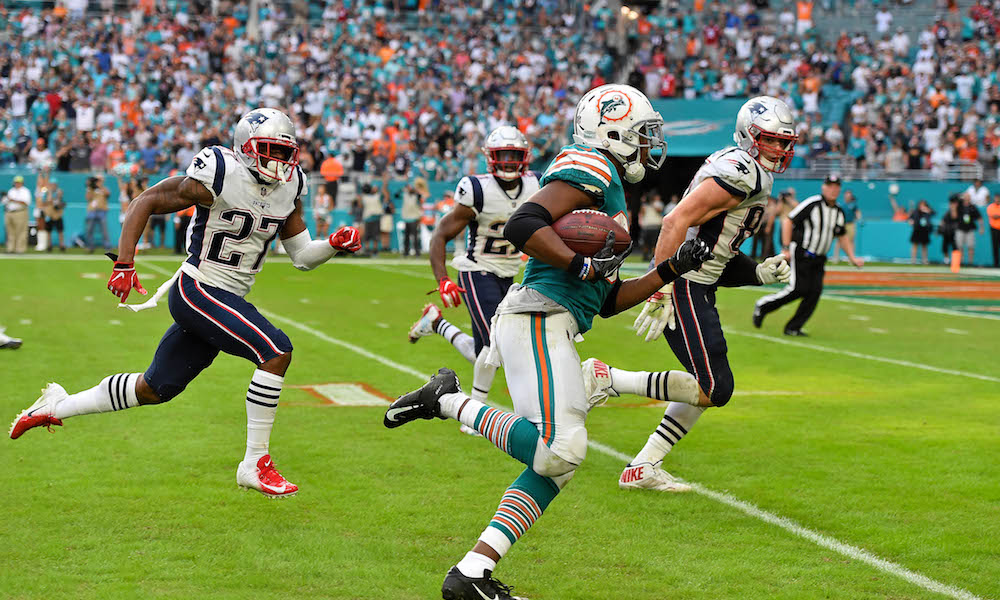 Miami — There have been many miracle plays in sports, and former Alabama running back, Kenyan Drake will be immortalized in Dolphins lore for what he pulled off moments ago.

With the Dolphins trailing by five with :07 remaining, they tried their hand at the typical lateral play that entertains fans for a few moments until the play eventually, and predictably goes awry.

After receiving a lateral from DeVante Parker, Drake used his roadrunner speed to race past the Patriots’ prevent defense, which included Rob Gronkowski, for a miracle 51-yard score fitting for a division rivalry.

Take a look at the indescribable play below: