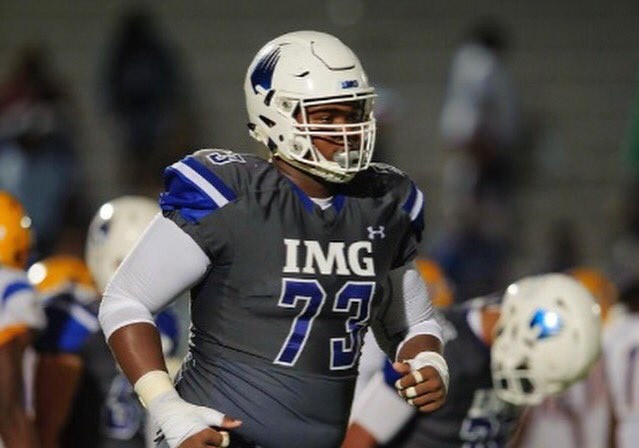 Evan Neal announced his commitment to Alabama on Wednesday live on ESPN.

Neal is a 5-Star offensive tackle out of IMG Academy. He is the Tide’s fifth offensive lineman commit.

The Tide have had their eyes set on gathering the best offensive line class Saban has ever put together this cycle and Neal may have just cemented that claim. He joins Pierce Quick, Amari Kight, Tanner Bowles and Darrian Dalcourt.

Neal stands at 6-feet-8-inches and weighs over 300 pounds. He rarely loses one on one battles and has impressive footwork, which helps him make his body wide to stop speedy defensive ends. He is also pretty good at blocking on the run as he led the way for the No.2 running back in the nation and Alabama signee, Trey Sanders.